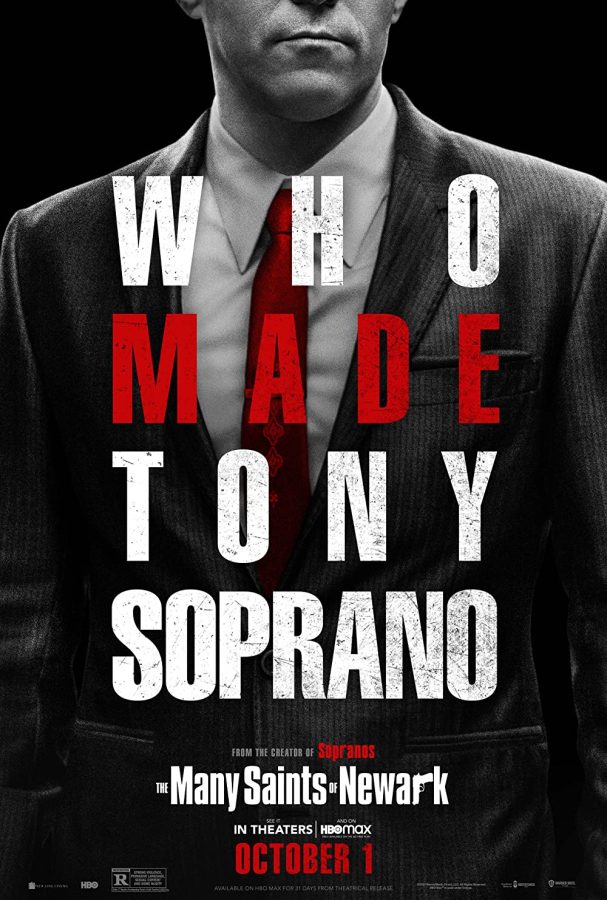 Official Movie Poster of ¨The Many Saints of Newark¨

The Many Saints of Newark

Notice:  This film is Rated R, if you choose to watch it, please do so responsibly.

Alan Taylor and David Chase´s new movie ¨The Many Saints of Newark¨ expands the universe of the critically acclaimed crime drama ¨The Sopranos¨. The movie serves as a prequel to the television series, taking place in Newark, New Jersey during the 60s and 70s. The movie stars Alessandro Nivola in the leading role as Richard ´Dickie´ Moltisanti, the father of the character Christopher Molitsanti and was never seen in the show as he died before the show began, and Michael Gandolfini, the son of the late actor James Gandolfini who played the main character, Tony Soprano, in the original series, playing a younger version of his late father´s character in a supporting role.

The movie follows a violent gang war during the 1967 Newark Riots and the aftermath of it, a real-life event that started with a rally to protest the police turning violent in response to a police beating and arrest of an African American cab driver. Rioting, arson, shootings, assault, and rock-throwing occurred over a period of four days from July 13th-17th that ended in 26 deaths and 727 people injured.

What makes the movie stand out is its performances of the cast, who are all able to encapsulate the characters they´re playing as real and not just an impression of them, specifically Michael Gandolfini´s, who manages to make the character that his father played years ago his own. Another unique part of the cast is the inclusion of actor Ray Liotta as a dual role of Dickie´s father and uncle who are twin brothers. Chase, who created of ¨The Sopranos¨, has stated the film served as inspiration for creating the show. Liotta is most famously known for starring in the iconic 1990 biographical crime film ¨GoodFellas¨ as real-life mobster Henry Hill. What makes the casting of Liotta unique is that ¨The Sopranos¨ is known for having relatively unknown actors that only had minor supporting roles in ¨GoodFellas¨ play usually main characters in the show, sharing a total of 27 actors between the two. For ¨The Many Saints of Newark¨, reversing it and casting a well-known actor into a minor supporting role. This is one of many references that the movie makes to the show, they have others such as lines of dialogues and callbacks to the original.

Another part of what makes the movie stand out is how it´s able to feel like an episode of its predecessor but at the same time its own thing. It balances the drama, crime, dark comedy, and realism that the original series did perfectly, one of the main reasons that ¨The Sopranos¨ is a masterpiece is due to its ability to be more than just a story about a man in the mafia, it follows other characters who aren´t in the mafia, it follows themes such as mental health/illness, identity, religion, addiction, and more. The writing in the show is very intelligent known for its ability to write multiple and the movie manages to do it similarly but due to it not having as much screen time compared to a story that has 6 seasons.

This is a movie that you´ll enjoy, you will laugh and smile at the jokes and familiarity if you have seen the show prior. If you´re a historian or know enough about history you´ll recognize the historical accuracy the movie makes in its time period, the culture, and the 1967 Newark Riots. But if you´re a big fan of ¨The Sopranos¨ and enjoy watching mafia crime stories, then this is the movie for you.