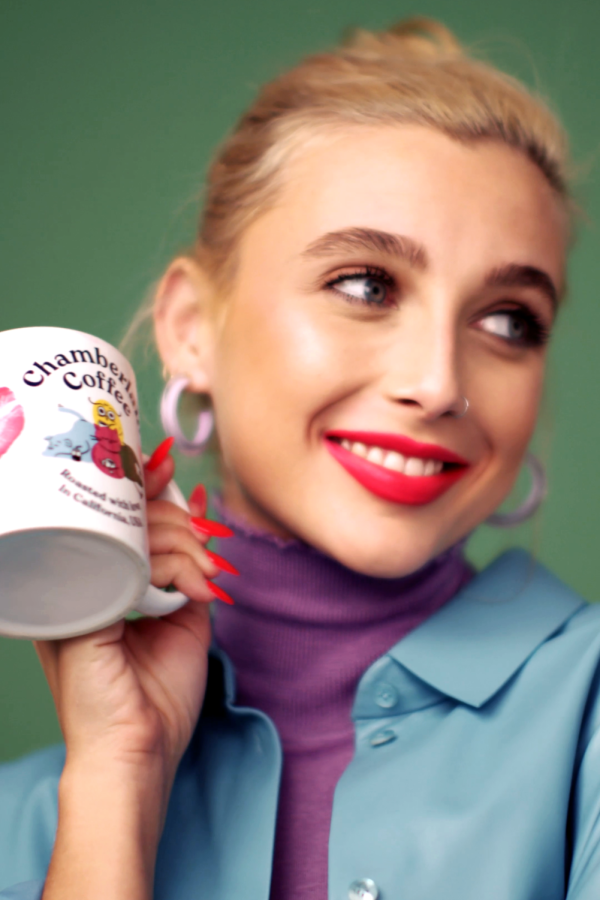 “Anything Goes” by Emma Chamberlain

Most celebrities choose to show us only the highlights of their lives – backpacking trips across Europe, a homemade green smoothie, or a new manicure – but 20-year-old Youtuber Emma Chamberlain takes a completely different approach. She talks about hitting rock bottom, what she does when she’s in a slump, and how to stay motivated through depression. Many teens find themselves comforted with the fact that they’re not alone in the way they live through life.

I consider Chamberlain to be one of the most realistic influencers out there. Her Youtube career began when she was just in high school, and people were immediately attracted to her blunt sense of humor and relatable content – something we don’t see often online. Her authenticity drew in a large audience: 11.2 million subscribers, to be exact.

On February 20, 2020, Chamberlain announced she’d be releasing a podcast on Spotify titled “Anything Goes with Emma Chamberlain.” The podcast doesn’t have an overlying theme, but each episode is guaranteed to be entertaining. One of my personal favorites, called “rock bottom,” examines the reasons Chamberlain took a break from Youtube. She talks about why she became drained and how daily tasks became hard for her. She then gives advice to any listeners who are feeling the same way. Journaling, taking a walk, or even reading a book are all examples she gives to get yourself out of a funk.

“Sometimes you have to get to a point that is as bad as it can get before you can get motivated and even realize that a change needs to happen,” Chamberlain says. “So next time you’re at rock bottom, be patient with yourself and watch stupid TV and don’t be mad at yourself just this once for laying in bed.”

I like to consider Chamberlain as the older sister some of us never had. She dishes out tough love and even gives her followers a chance to send in any issues they’ve been dealing with for her to offer her guidance on. She calls these episodes “advice sessions.”

It’s been interesting to see Chamberlain grow. She is wise beyond her years, hiding intelligent advice behind her candid humor and young appearance. She keeps it real – something we all need to appreciate every now and then.

Spotify: Anything Goes With Emma Chamberlain

Manage Cookie Consent
To provide the best experiences, we use technologies like cookies to store and/or access device information. Consenting to these technologies will allow us to process data such as browsing behavior or unique IDs on this site. Not consenting or withdrawing consent, may adversely affect certain features and functions.
Manage options Manage services Manage vendors Read more about these purposes
View preferences
{title} {title} {title}
2
Share on Facebook
Share on Twitter
Share via Email
Print