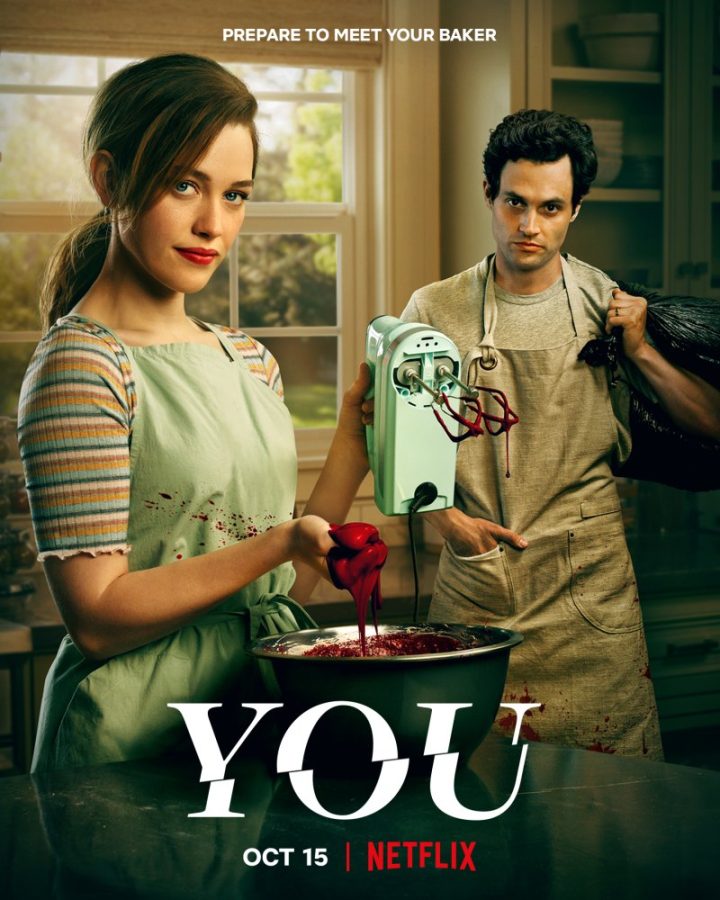 DISCLAIMER: If talk about murder, killers, or violent events makes you uncomfortable I wouldn’t recomend reading this article or watching the show.

Due to the new and growing TV show, YOU, people have become obsessed with a killer.​​ Seeing the thoughts and emotions going through the mind of a psychopath is shocking, and seeing how they hide is even more disturbing. In Joe Goldberg’s case, he had the opposite of an ideal childhood. He killed his abusive father with a gun, and his mother, Sandy abandoned him later on. Could this spark troubled adulthood?

Working in a bookstore, Joe met ordinary people every day. That is until Guinevere Beck showed up. Joe’s dark tendencies kicked in and killed everyone who got in the way of his and Beck’s relationship. I won’t give any spoilers but this series takes shocking turns every season.

Dr. Childs says, “it’s human nature to be inquisitive. True crime appeals because we get a glimpse into the mind of a real person who has committed heinous acts.”

It’s in our DNA to be curious. We want to be intrusive, but society is not fond of this trait. Instead, watching shows like murder mysteries or criminal minds we let our meddling minds take over and we’re allowed to be intrusive. Psychologists say that another reason we’re obsessed with crime shows is that it gives us the chance to feel ok that we’re not the victims. This might sound weird but realizing that these crimes can happen to anyone including yourself is hard to think about. It can give us relief that we’re not in danger or not yet anyhow.

I don’t think there’s anything wrong with watching crime documentaries or murder mysteries. To some people, it can bring a sense of comfort or calmness, and to others, it can be a needed adrenaline rush. Joe Goldberg in YOU also gives a lesson to everybody, men and women, to be safe and mindful of the people around you. You can’t protect yourself from Joes all the time but it’s important to be aware.