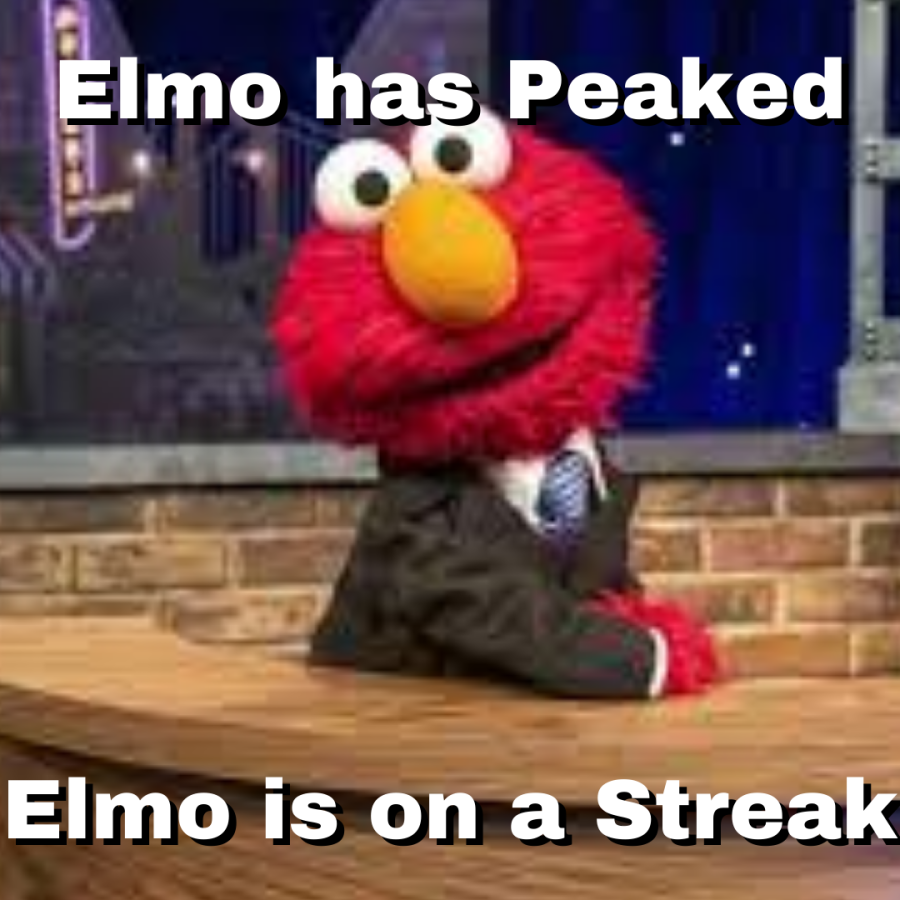 Quarantine has been going on since early 2019. Being at home for so long has made some people realize many things about themselves. Whether they’ve realized they look good in bangs, or red is a good color for them, everyone has learned a little bit more.

However, some of us over quarantine have not been so lucky. From personal experience, I’ve managed to realize how much I miss being in kindergarten and all the things that go along with it. One of the most important parts of my childhood was watching Sesame Street.

November 26th, 2020 was the start of it all as Sesame Street aired its episode “Bye Bye Boo-Boos on PBS. Somewhere within the episode Elmo and his friend Rosita sing An oatmeal container, a wooden bowl, a plastic water bottle and a paper towel roll.

A little while later, the clip of the song was posted to r/cringe on Reddit by Cyclosarin88 with the caption, “The way Elmo says “Paper Towel Roll” at 1:35 makes me die inside.” A similar post was made on TikTok by user @cj_vogt.

The TikTok sound became very popular throughout December, but December 17 would be the day it all came together. On that day, TikTok user @satans.sugarbaby posted a joke about this song living and thriving on the mentally unstable side of TikTok.

The Paper Towel Roll song isn’t the only one shuffling through the for you page of the mentally unstable. Songs such as, Elmo’s dance is to fly and zoom like a plane and the story of Zoe’s best friend, Rocko.

The most popular one that has been going around the platform is when Elmo featured on The Tonight Show with Jimmy Fallon. A cooking clip highlighting the way that Elmo says, “Balsamic Vinegar,” has sent many people into hysterics.

Overall, Elmo will also be known as a beloved childhood character, but he will also be remembered for his sassiness and attitude.