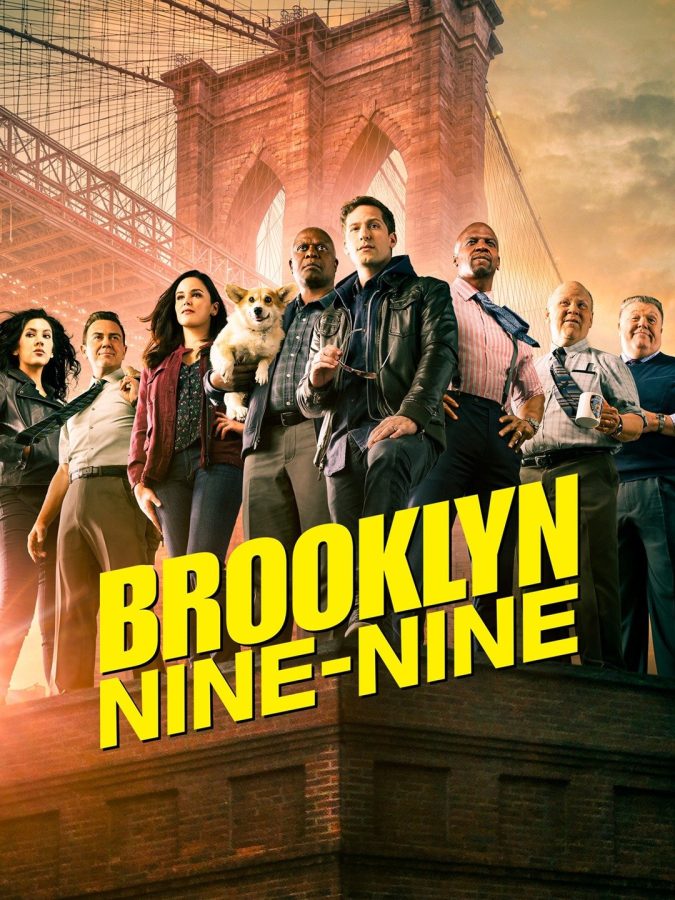 WARNING: THERE WILL BE SPOILERS

Why do I think that Brooklyn-99 is the best of 2021? It’s a pretty bold claim by me, especially since there have been so many good shows this year. I mean, Will Smith starred in a new show called Welcome to Earth, and the Harry Potter cast came back together for the 2021 special. Knowing that, how can I say that Brooklyn-99 was the best TV Show?

There are a few reasons I can think of off the top of my head. Peralta and Santiago ended up getting married and had their first child back in season seven. Since 2015 there’s been a lot of pregnancy discrimination and I feel that this show really covers how hard pregnancy can be and the effect it can have on two working parents.

Along with that, I feel like this series shows how to healthily recover from relationship issues. Captain Holt and his husband Kevin Cozner had a disagreement over a hot topic which resulted in them fighting. Both he and his husband ended up separating back in season seven. However, in season eight they both went to a lake house with friends from the precinct where they ended up spilling the fact that they still have feelings for each other. After they both learned that they still feel for each other, they ended up renewing their vows and agreeing to go to couples therapy.

Santiago and Peralta are having their own relationship issues as they are trying to figure out how to take care of their son while also keeping their jobs in the precinct. Santiago ends up creating a major reform program for police academies and precincts to use as a way to improve from the George Floyd protests. This leads to her becoming the chief of the program and her life becomes even more crowded with job requirements. Peralta realizes the right thing to do is to support his wife so he quits the precinct to become a stay-at-home father.

This show highlights the effects of the George Floyd protests on police officers and shows LGBTQ+ representation. I understand that there have been other shows that also support these two subjects, however, this show was aired on national television for people to watch. Not only that, but this show is also available on streaming services making it available for anyone to watch.

The show uses these real-life issues as a way to connect with its audience. People all over have different experiences and different results from those experiences. The relationship issues and problem-solving can lead to healthier communication between people. Mentioning the George Floyd protests can help bring light and awareness to the Black Lives Matter movement. The LGBTQ+ representation can help members of the community feel heard.

What can I say? I’ll always be attached to the members of the 99th precinct.