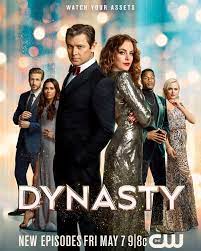 The soap opera Dynasty initially aired in 1981 and was met with much praise from devoted fans. It followed the lives of the wealthy Carrington family as they faced challenges with romantic relationships, family life, money and their business in big oil. The show ended after a successful nine-year run, but the show was resurrected in 2017 with a cast full of fresh faces and storylines full of new twists.

The reboot has taken the content of the original series and given it a modern twist. From smartphones to smart cars, architecture to food, everything about the show has been molded to feel as though the original show was transported to 2021.

The show has released season four and two episodes of season five in 2021. Admittedly, season four was not its brightest. However, there were still so many aspects that set it apart from other shows. This season explored the complicated family dynamics in the Carrington family and the Colby family and the financial issues that many of the characters were experiencing. While these situations aren’t necessarily realistic, many viewers can still connect with the characters through similar life experiences.

After the cliffhanger that season four left off on, many fans were nervous about watching the start of season five. Despite releasing just two episodes of season five, fans can already tell that this season will be fantastic.

The show has also explored complex political issues in every season to date, but the show has never appeared to shy away from taboo and controversial topics. This is just one of many reasons why this show has such a dedicated fan base.

Not many shows can pull off what Dynasty has twice now. There’s no wonder that both the original show and the reboot have received so much praise. I highly encourage you to check out the show on the CW app, Netflix and Youtube.