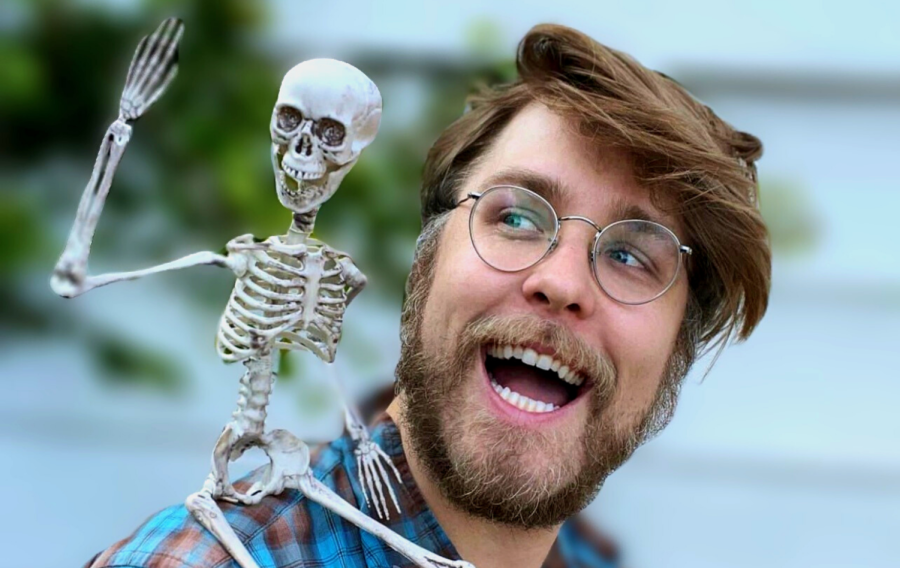 YouTuber and content creator, Garrett Watts, shares his strange and exciting life with his loyal viewers.

Garrett Watts – YouTuber, podcast host and proud Hufflepuff – uploaded his first-ever YouTube video on October 25, 2012. Though his content has certainly evolved from its humble beginnings, he still brings the same energy, originality and whimsy to his creative endeavors. From exploring haunted locations to cooking a five-course meal for the squirrels in his backyard, you can always expect unique and entertaining content from Watts’ channel.

Though it is difficult to choose, my favorite of Watts’ videos from this past year would have to be, “I Tried Living a Normal Day in This Terrifying Costume.” The odd situations Watts gets himself into in the video combined with his humorous nature garnered much praise from his fan base. I have never seen a video quite like it on the platform. I think most creators would look at a giant and slightly horrifying Halloween costume as a useless object, yet Watts’ ability to create a humorous video with it shows just how talented he is.

While Watts continued to upload to his YouTube channel during 2021, he had a rather eventful year in other avenues as well. In a collaborative effort with friend, Andrew Siwicki, Watts continued his work on the podcast, “Sweet Boys.” The pair discuss just about everything from a possible ghost haunting the studio to the importance of fostering your imagination in adulthood.

Watts was also given the opportunity to host the premiere of “The Matrix: Resurrections.” As a self-proclaimed superfan of the franchise since childhood, it is safe to say this was Watts’ crowning achievement for the year.

Watts’ videos were a solace for me and many others during the rather chaotic year which was 2021. His strange adventures brought a much-needed comedic relief to the lives of many at a time when we all really needed a good laugh. The incredibly interesting and personalized editing style he uses in his videos allows Watts to stand out among his fellow content creators and reflects the time and attentiveness he puts into each video. In a year when it seemed as though I had an artistic block, Watts’ content encouraged me to pursue my own creative endeavors.