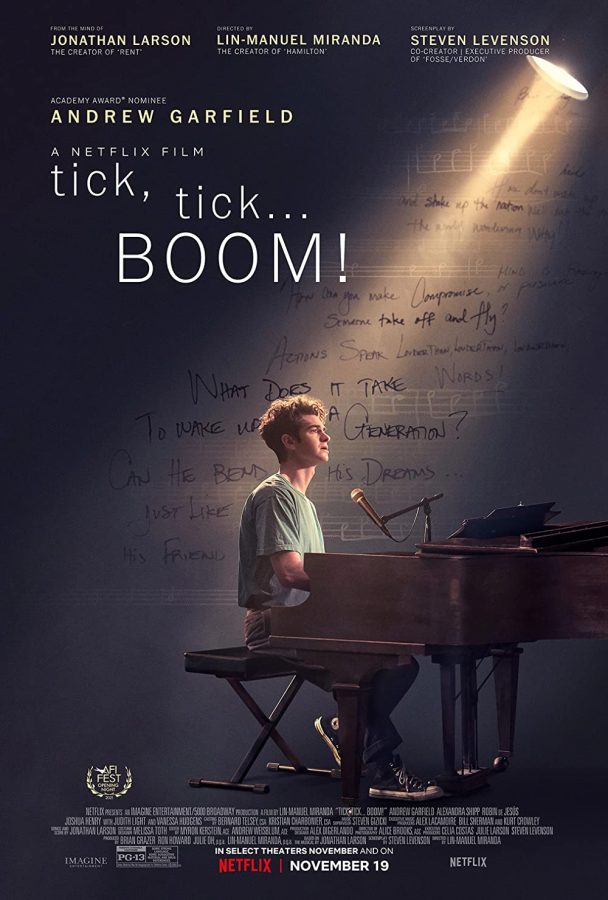 Photo Courtesy of Netflix from CC

Twenty years after it opened off-Broadway, “Tick Tick… Boom!” is now on Netflix, starring the amazing Andrew Garfield. The film adaptation brings the opportunity for more people to learn about the life of iconic musical theatre writer, Jonathan Larson.

If you don’t know of Jonathan Larson, he was the man behind the musical “Rent.” “Tick Tick… Boom!” follows Larson’s life a week before he turns 30, and the week of his workshop for a play called “Superbia.”

As the film goes on, we follow Larson’s breakup, his creative struggles, and his mental headspace when he learns his best friend has AIDs. The film really puts into perspective how scary it would have been to live during the AIDs epidemic, and it helped me understand how he got his idea for “Rent.”

The movie also showed how hard he worked to get his first show “Superbia” on Broadway, how he poured his life into his writing and how upsetting it was for his idea to not go farther than the workshop. He didn’t let that stop him for long. Instead, he started writing his next show – his big hit. Despite the fame of his shows, Larson was never able to see either of his musicals get as big as they did.

Anyone who has ever wished to create something or wished to make a name for themself in this world should watch this incredible movie. It helped me realize that, despite the hardships of creating, if you put your mind to whatever it is you’re making, you’ll one day make a name for yourself.