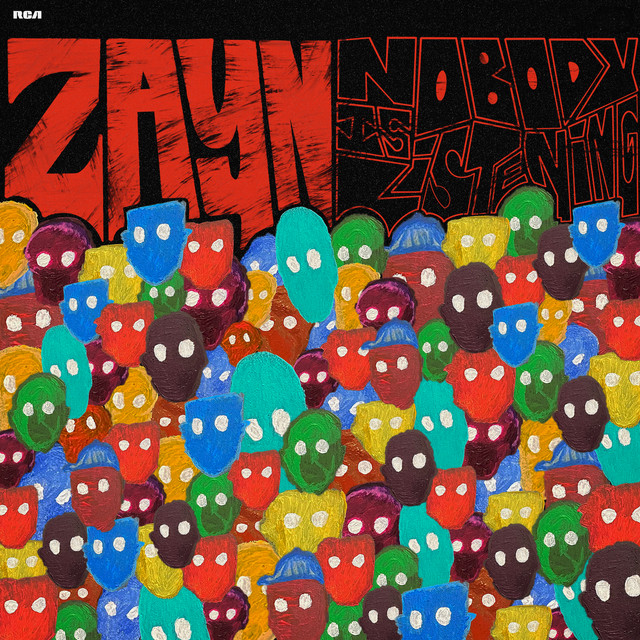 The album cover for Nobody is Listening by ZAYN

Nobody is Listening by Zayn

On January 15, 2021, Zayn dropped his third solo studio album “Nobody is Listening.” Just a week before the album came out, he had surprised his fans (affectionately known as the ‘Zquad’) with the announcement after releasing his second single, “Vibez.”

On the opening song, “Calamity,” fans couldn’t help but notice Zayn’s clear message in the spoken-rap song. The somber lyrics speak on his opinions on rumors he’s lived through, his mental health and many other topics. “Calamity” also brings in the title of the album, which mirrors the artist’s feeling of not being heard. We’re listening now, Zayn.

The rest of the songs are a combination of calm lo-fi romance and slightly more up-tempo club-like songs. The second to last song, “Tightrope,” features Zayn singing in Urdu, bringing in a piece of his Pakistani heritage. It’s incredible to know that all of these songs were once poems written in the artist’s journal, showing just how deeply personal this album is to him and how close he feels to his fans.

Following the release of his album, Zayn followed it up with doing many different interviews, Instagram lives, a week-long online listening party and Twitter interactions. Fans gladly welcomed Zayn back to social media after missing him for the better part of three years. He even stated that he was thinking about touring.

As part of the Zquad, I can only hope he does what’s best for him. In the meantime, I’ll be streaming “Nobody is Listening” and only getting to know Zayn better.