Celebrating 50 Years of The Beatles

How The Beatles Impacted the World 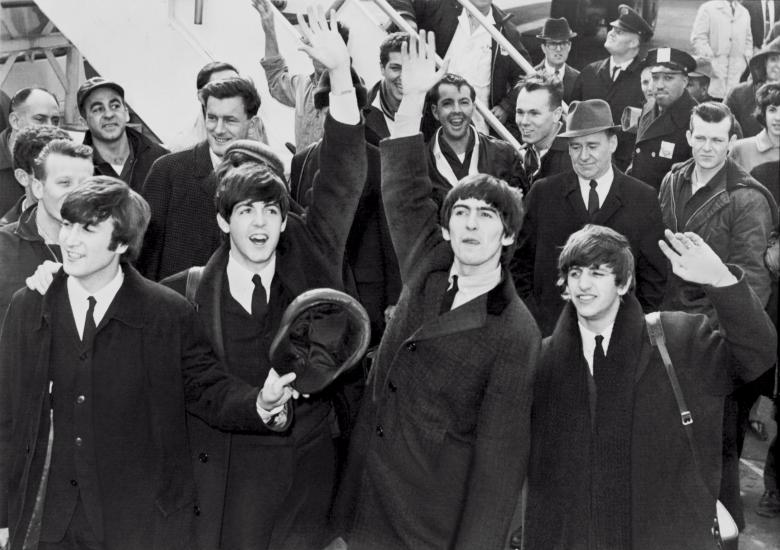 50 years ago, the iconic photo of the Beatles, Paul Mccartney, John Lennon, Ringo Starr, and George Harrison, walking across the zebra-printed crosswalk of Abbey Road in London was captured. Along with being rockstars, the Liverpool-based band also paved the way for society’s progression.

Arriving around the time of the hippie movement in the 60s, the Beatles were practically the poster children of the counterculture. That’s one of the reasons they were so heavily admired. They collected qualities that characterized both music and culture and used it to pave their path, going a completely different direction than everyone else in the music industry at the time. Here’s how the Beatles impacted the world:

1. They weren’t afraid to experiment with their music.
Many musical artists this day in age have stated that they are heavily inspired by The Beatles’ music. The Beatles were seen to have experimented with different genres, rather than being put in a singular box. Whenever they left the United Kingdom and visited different countries, they would discover new instruments and eventually use them in their songs. They even found themselves coming up with different methods to acquire a certain sound. At one point, Lennon dipped his microphones and other musical equipment into milk, and Starr put tea towels on his drums. This creative flexibility showed just how rawly talented they really were.

2. They showed the ability of men to be feminine.
Up until about the 70s, gender and racial discrimination were still frequent in society. Men were expected to be large and buff, but The Beatles appeared to have a more androgynous look to them through both their mannerisms and fashion sense. This inspired people across the globe to take up their own fashion rather than giving into societal standards.
They also sang covers of songs written by girl groups and took pride in embracing it. In some cases, they didn’t change the gender pronouns that were used in the songs. In 1963, they released a cover of “Boys” by the Shirelles.

3. They hold numerous records and titles in the music industry.
The Beatles hold 25 Guinness World Records. They have sold 1.6 billion singles and 177 million albums in just the United States alone. They hold the most amount of Number 1 singles on the Billboard Hot 100 than any other band. Their single “Yesterday” is the most covered song of all time with more than 3,000 covers done by other musical artists.

4. They brought optimism to the world in a time of pessimism.
America was in a deep sense of grief after President John F. Kennedy was assassinated. The Beatles were viewed as a bright light for Americans when they had come to visit and perform. They were viewed as these fun individuals and they were nothing that the people of America had seen or heard before. Even without the existence of the internet or social media, the Beatles were worldwide symbols on the face of pop culture.

It’s important to remember that without The Beatles, the progress of music and society would not have reached where they are today as quickly. This year we celebrate four rock’n’roll icons. Here’s to 50 years!