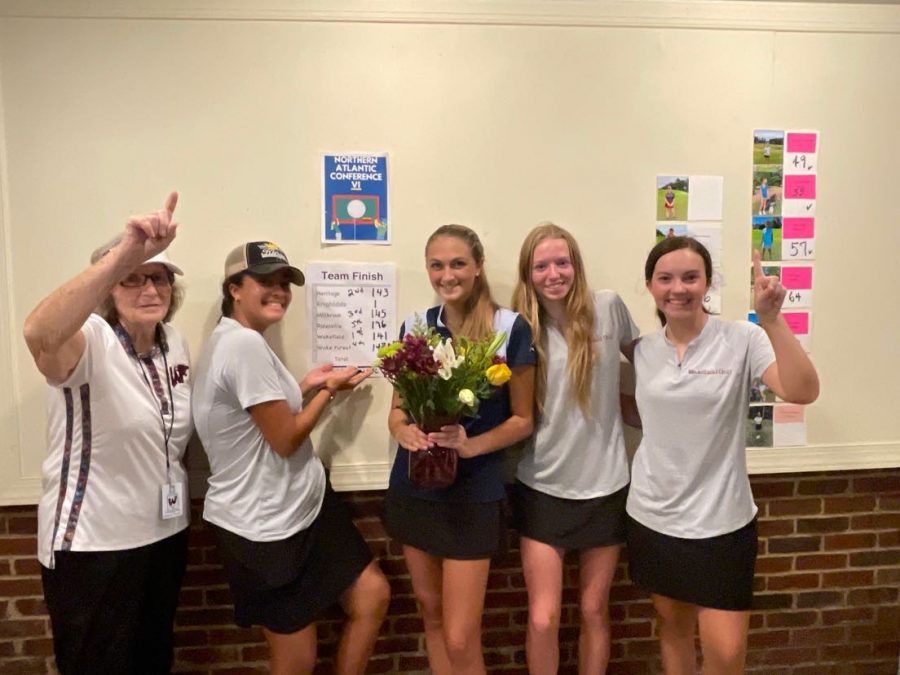 Carolyn Reitz, this year’s women’s golf coach, and her players strived as a team this past season even under unfamiliar circumstances. The team was hit with several problems, but the players learned to work as a team to overcome tough situations.

Amidst the pandemic last season, the men and women’s teams had to play in the same season. This led to a shorter season and limited regional and state competition.

“This season we were able to have a full season of play,” Reitz said. “Regional and state competition returned to their normal format.”

Five new players were added to the team this season and three players returned. One of these returning players is Kendall Crawford, reappearing for her fourth and last season.

“Golf was normal this year after COVID, other than the fact that snacks weren’t handed out much,” Crawford said. “We didn’t have to wear masks or anything.”

Terra Schmitt, another returning player this season, contributed to the elite golfing talent in North Carolina that ranks among the best female players in the United States.

“Out of 70 [of the] best players in the state championship, Terra finished ninth,” Reitz said. “The scoring for our area competition is very strong.”

Despite the competition being rather strong in the area, a couple of the girls still showed their skills and progressed onto regionals and states.

“Terra and I went to regionals and Terra went to states,” Crawford said.

Crawford led the team by example on and off the golf course as this year’s team captain. Her strong leadership, athletic skills, and determination to do her best, placed her in the All-Conference NAC-VI Team. This means, overall, Crawford was the best in her conference.

The girls had a rough start, but Coach Reitz assisted them through a great season.

“They scored extremely well in the classroom earning All-Academic Honors for the 2021 NAC-VI Conference,” Reitz said. “They have proven themselves to be good athletes.”