Ted Lasso: A Pioneer in the conversation on mental health 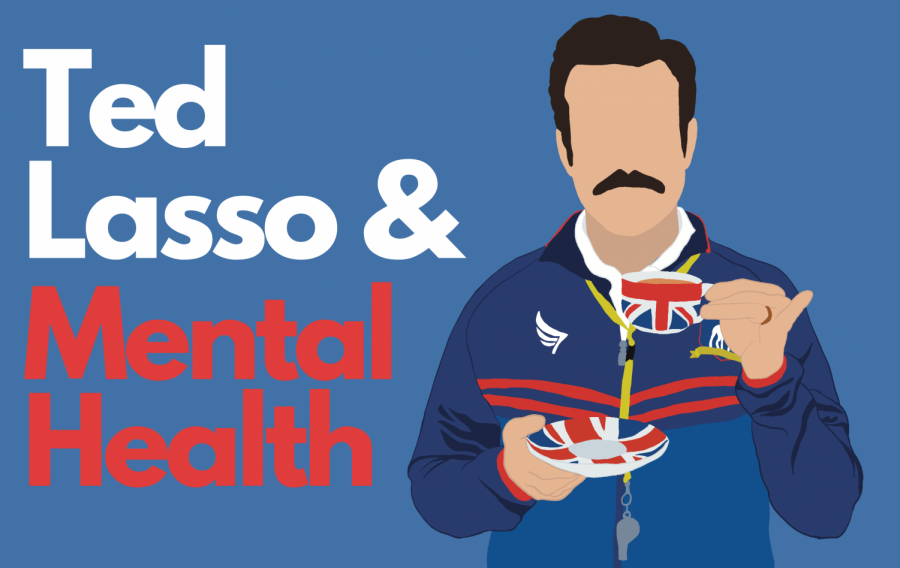 Ted Lasso, the loveable protagonist of Apple TV’s latest hit show of the same name known for his quick-witted humor and cheery demeanor, has proven to be much more than a goofy fútbol (soccer) coach. Though his unorthodox methods and carefree attitude are what drew viewers to the show in the first place, many have stayed for the simple reason that Ted Lasso did what many have been scared to do — it tackled the hard-hitting topic of mental health.

Throughout the series, Lasso is portrayed as your average American football coach who wound up with a coaching gig for Association Fútbol Club (AFC) Richmond, a British fútbol team. He uses his motivational skills to energize his players and build up a rather touching family dynamic for the team. However, as the series progresses, the audience is made more aware of Lasso’s struggle with anxiety leading to multiple panic attacks.

In the latest season, we see how Lasso’s characteristic upbeat attitude is a coping mechanism he was forced to develop after suppressing his traumatic past. After a rather cruel outburst from one of the player’s fathers, Lasso reveals that his own father committed suicide when he was a teenager which has left him very angry and confused for many years. This form of dealing with his trauma by suppressing and covering it up has manifested in the form of anxiety.

Like most people who have experienced mental health issues, Coach Lasso struggles to open up to those around him and continues this age-old habit of concealing his true feelings. It doesn’t take long for Lasso’s anxiety to spiral, which leads him to confide in the team’s psychologist and his fellow coaching staff.

The true beauty of this confession was the response from those around Lasso. Instead of brushing it off or simply making fun of him, he was met with an outcry of support.

This shows those who struggle with mental health issues, especially anxiety, that it is okay to open up about one’s own experiences, and it’s huge progress considering the media’s history with this topic.

Mental health representation in the media isn’t always great. Much of the stigma and discrimination of those with mental illnesses are created through the media’s inaccurate portrayal. With the large amounts of misinformation spread about mental illness online today, it’s no wonder vulnerable and honest characters like Ted Lasso are so rare.

Crafting a holistic personality that isn’t solely defined by the individual’s mental health issues is exactly what Ted Lasso did and what more shows should be doing. Opening up this conversation on mental health is crucial in our society, and it makes people feel less alone.