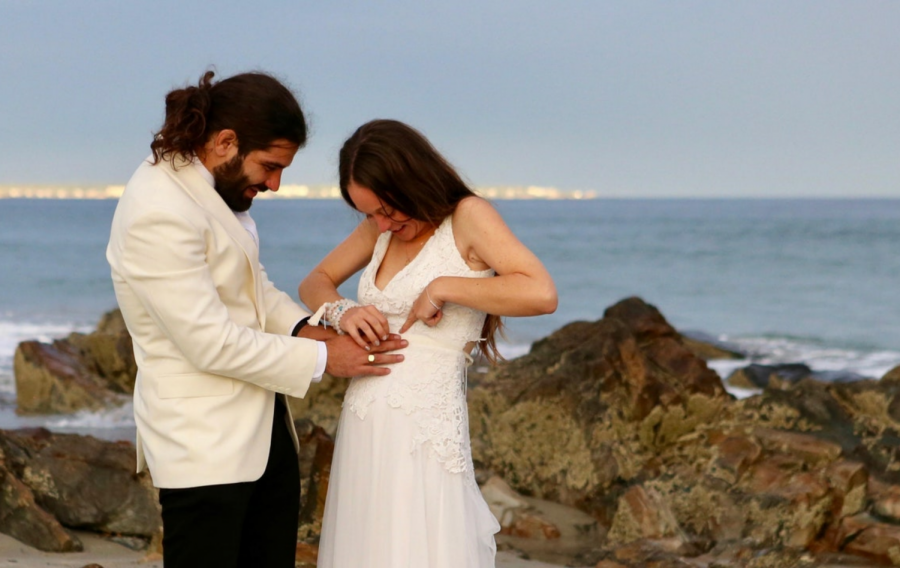 Blind Paralympian, Anthony Ferraro, shares a lovely moment with his bride, Kelly Ferraro, as he feels the beauty of her custom-made textured wedding dress.

Blind Paralympian and gold medal winner, Anthony Ferraro, was met with a touching surprise from his bride, Kelly Anne Ferraro, on their October 2 wedding day. While many go for an ornate and visually pleasing design, Kelly worked with a designer, Loulette Bride, to craft a dress that would feel as beautiful as it looks.

The dress was fashioned using a combination of chiffon, lace, silk and velvet to add a tactilely pleasing feel for Anthony.

Unlike typical weddings, Anthony and his bride had a first touch rather than a first look. Anthony described the textures and explained that he could see everything through his hands.

“It was so beautiful to me,” Anthony said in an interview with Newsweek. “I could picture her in my head perfectly.”

Just like Anthony, many other blind people use their sense of touch as a replacement for their lack of vision. Those who are born blind make alternative connections to make up for this lack of visual information which helps to enhance other senses such as hearing, smell and touch. With these enhanced abilities many blind people, just like Anthony, are able to see the world in a very different way.

Anthony’s heightened sense of touch and Kelly’s lovely surprise for her now-husband allowed the happy couple to create a lasting memory together.

“Kelly really wanted to make it special for me,” Anthony said. “She went above and beyond”