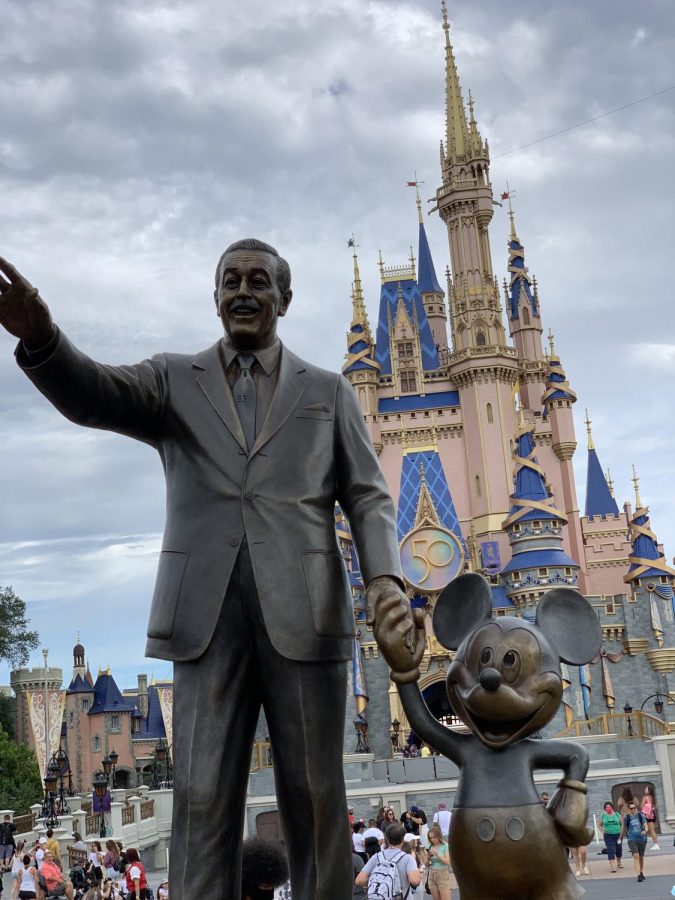 History teacher Amber Horton has been going to Disney ever since she was a little girl. Her grandfather was on the team that built the park, so it holds a special place in her heart. She has seen countless changes implemented at Disney World.

“You’ve got new movies and characters for a reason, but I think also leaving some classics [is a good idea],” Horton said. “Some classic [rides] need to always stay, but I think it’s okay to refurbish and make it new again.”

Over the years, lots of rides have come and gone. TRON Lightcycle Run is a great example of a new ride. Disney has also added some brand new sections as well, much like Pandora in Animal Kingdom and Galaxy’s Edge in Hollywood Studios. Some rides, like Splash Mountain, are getting or have gotten completely redesigned.

Most of the newer generation has the same mentality as Horton. They grew up with rides either getting added, removed or completely redone.

“It doesn’t bother me,” said junior Brooklyn Talbert. “I’m not super excited for it but I’m also not like ‘oh my gosh they’re taking away the best ride’ or anything. I’m neutral about all that.”

Disney has added newer, and faster ways, to enjoy the theme park.  Due to COVID-19, you now have to reserve your tickets online for the amusement park. Walt Disney World also added a new feature called Disney Genie.

Before COVID-19, English teacher Tony Calabria was an annual pass holder. He went to Disney at least twice a year and finds it very relaxing.

“They got rid of fast passes. Now it’s almost like you pay to get in line early,” said Calabria.

The parks aren’t the only thing changing, either. The films have gotten new animation styles and new story themes, making them more relatable to the new

“I like that [Disney] moved towards less romance, they use themes of growing up and friendship instead of just love conquers all,” said freshman Amelia Fountas.

Disney adults, people who have grown up on Disney and never stopped loving it, are seeing changes in their perspective of the parks now. They are no longer little kids enjoying the magic of Walt Disney World. Instead, they’re giving their children the magical experience.

“I love watching [my kids] get excited,” Calabria said. “Watching them have the fun that I had when I was a kid is awesome.”

Whether you’ve been hundreds of times or if it’s your first time, these next 18 months of Walt Disney World’s 50th celebration are sure to be magical.
In many different ways, Disney has grown a lot over its fifty years. There are new rides, new characters to meet and even people’s new mentality when entering the park. Despite everything that has changed, your magical adventure at Disney will still remain timeless.

“You walk down main street and you get the smells [of the] food and [when] you see the castle you just get this immediate excitement and little kid joy,” Horton said. “That’s still classic.”