Cattle farms are ruining the environment 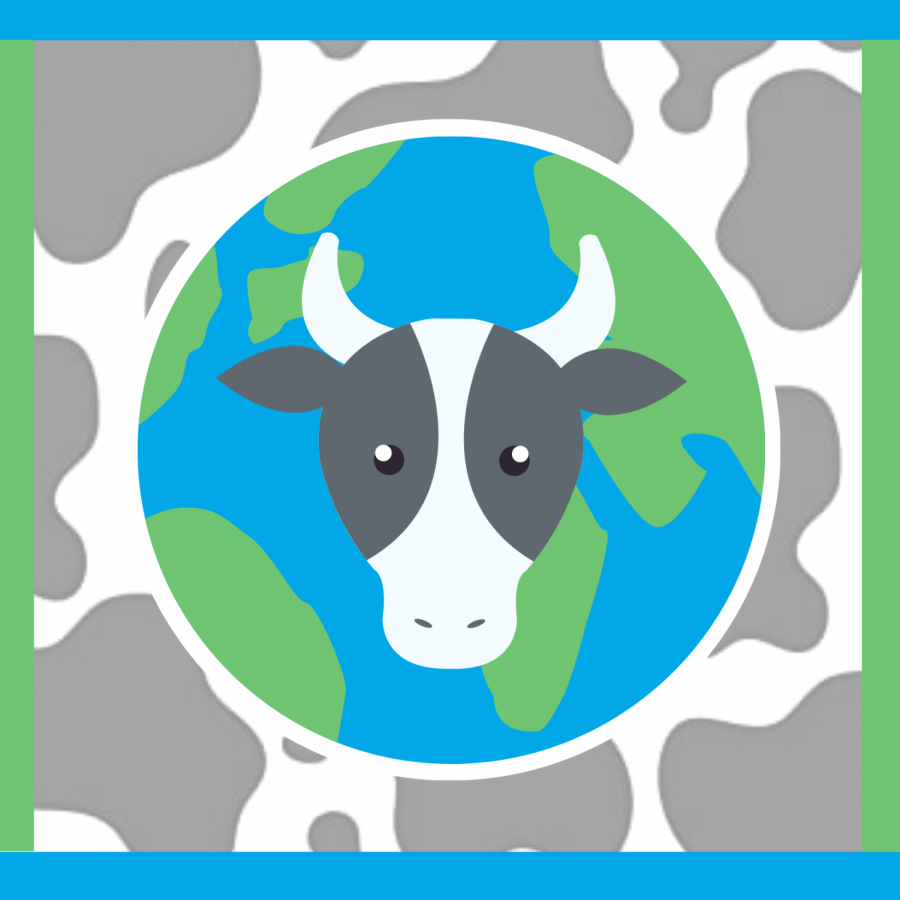 Like many people, I used to be a heavy milk drinker. When I was younger, I would consume enormous amounts of chocolate milk without knowing about what went on during the production process. After extended amounts of reading, it all came down to one thing; the negative impact of cattle farms on the environment.

The amount of cruelty that cows are exposed to is utterly ridiculous. Cattle are routinely held in crowded stalls. This causes them to have to stand, leading to foot damage and pain. Along with this, the cramped conditions lead to diseases that spread quickly. Typically, horns are common in both male and female cows but they are often cut off as they pose a risk to farmers. Because they don’t produce milk, male calves are almost always slaughtered.

Cows on factory farms are milked unnaturally and the milk they should be providing to their offspring is instead sold in markets. On top of that, since cattle are unable to graze and are often fed in one place, they produce more amounts of milk than they should, causing pain in their back legs.

Agriculture also leads to deforestation. Trees are often chopped down to make room for farms, and sometimes if farmers are denied the ability to clear the area, they’ll burn it down and classify it as an “accident.” Between 3.5 and 7 billion trees are cut down a year, and agriculture contributes to that. This is only just going to increase with the growing human population and demand for food. Not only is this a substantial contribution to air pollution, but it also causes habitat loss for other valuable species of animals. Agriculture itself caused the Amazon Rainforest wildfires.

The third fundamental problem comes from the manure of cows. If you’ve ever heard that cows cause pollution, it’s not far from the truth, but they don’t do it on purpose. Due to the amounts of grass that cows eat, their manure contains a large amount of nitrogen which contributes to global warming. Looking at it, there are approximately 270 million dairy cows on planet Earth, which only continues to increase. Because of the constant increase in livestock farming, this is becoming a huge issue as opposed to if they lived in the wild and there were mild amounts of dairy farms.

As bad as it seems already, it gets worse. Poor handling of livestock waste can often run into freshwater lakes and rivers which, you guessed it, is where we get most of our drinking water from. This poses a large risk for the public.

You can do things like eating less meat and dairy–and avoiding products that exploit the wellbeing of farm animals.

Though, if you can’t completely ditch the foods you’re used to, shopping for higher-welfare foods is also an option. This will work to prevent the growth of factory farms, and instead, uphold farms that treat their animals with proper care.

As a strong supporter of environmental issues, I solely boycott dairy and cow products. I substitute cow milk with almond milk and coconut milk which are healthier for you than cow milk. I do eat some meat for nutritional benefits, but I avoid any meat obtained from cows.

Ultimately, spreading the word can do a lot of help for the cause. Even if you may feel like your voice isn’t heard, a lot of people are unaware of what goes on behind the scenes of the things that they are eating.