Half-staff flags have lost their meaning 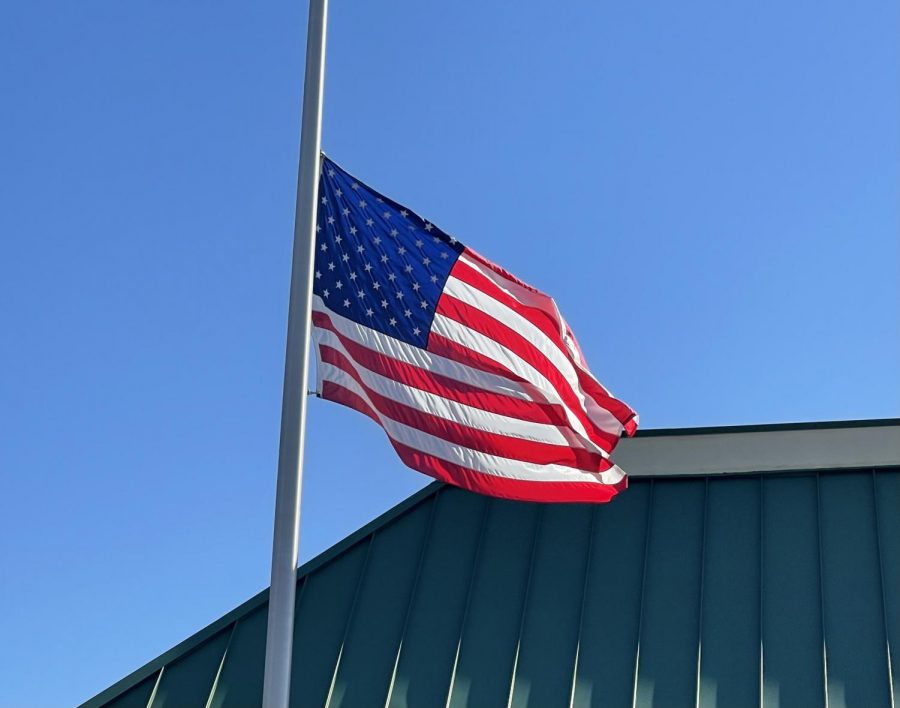 An American flag is flown at half mast in front of a cloudless autumn sky.

With Colin Powell’s recent passing, American flags all across the country have been flown at half-staff. This is a great example of when a flag should be lowered. But when you are driving around town and seeing low-flying flags, do you always know what they mean?

To fully understand the importance of this subject, one must take a look back at the practice’s origin.

The first reported case of flags being flown at half-mast was in 1612. The British exploration ship Heart’s Ease lost its captain, James Hall, after he was killed by an Inuit spear. The ship’s flag was lowered to make room for the death flag, signaling to the crew members on land that something had gone wrong.

This practice continued when George Washington passed in 1799 and the navy ordered all ships to lower their flags. This was one of the first times that this practice was widely implemented in America. Washington’s death triggered the maritime practice to move inland as flags across the country also started to be lowered.

That brings us to today. You’re driving down the street and see some flags lowered, but not others. Or perhaps you see a flag lowered but don’t quite know why.

There is a growing list of reasons why people decide to lower their flags. Among these are the commonly known reasons such as the death of a public figure, usually a politician or leader and certain national holidays like Memorial Day.

But these guidelines still don’t explain why some flags are lowered while others aren’t. Nowadays, people each seem to have their own reasons for lowering their flags, but that raises the question of what does the American flag represent in their narrative of grief.

Some towns will lower their flags if a local public figure passes, which makes perfect sense. But, the American flag is a national symbol that stands for the entire country. So when you have a local event, it would make more sense to lower the state flag since the issue is only known within that area.

Not only will this method clarify the meaning of the gesture to both the people in the community and across the nation, but it will also restore some of the lost meaning behind this practice.

It’s sad to see that the powerful meaning of a flag at half staff has lost touch with the hearts of many Americans, yet at the same time, it’s reassuring that the public so frequently expresses respect to those we have lost. It gives me faith that we as a population still show gratitude to one another’s contributions to society.

Despite the growth we have demonstrated as a democracy, I still wonder how a tradition as powerful as flying a flag at half staff has changed so drastically over time. What happened to uniformity? Why has the true meaning behind this practice been changed so drastically over the past decades? Is this a sign that Americans have forgotten the value of patriotism, or is something else at play?