Why is it popular to hate ‘popular’ things? 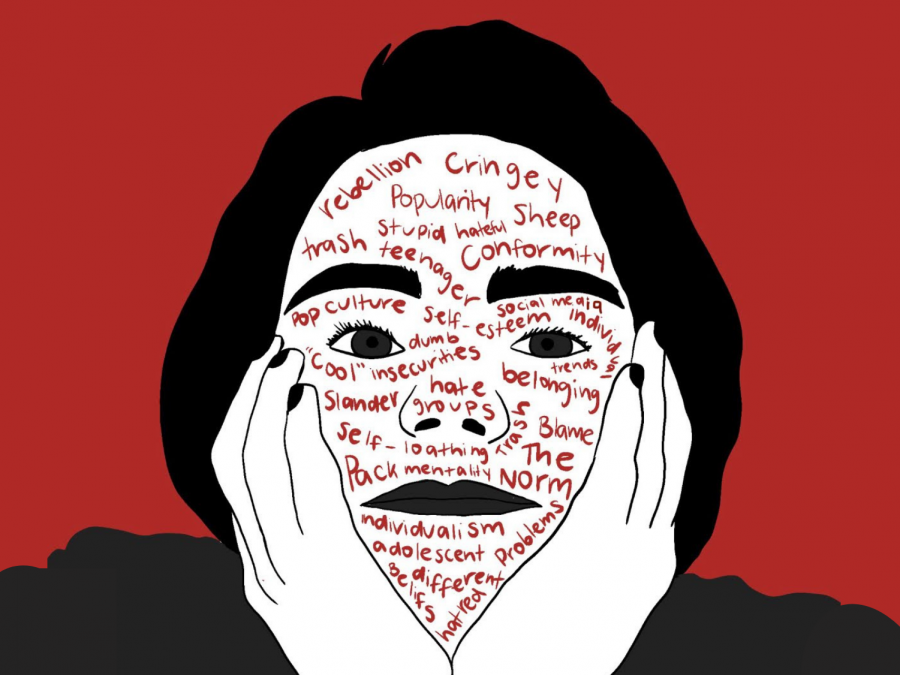 How self-esteem issues in teenagers have created a society quick to spread hate.

As I scroll through TikTok on a regular Friday night, I find myself presented with a video of a rather unhappy user stomping on a CD of one of my favorite albums — Ok Orchestra by AJR. Sure, on the surface, this seems like a funny video of someone trashing a popular artist, yet it reflects a much deeper issue found on the internet today. Why is it so normalized to make fun of popular things?

It has become common practice on just about every social media platform to apply negative connotations to trendy subjects. Just take a look at any Instagram meme account and you will most likely find some form of backlash on the latest hit show or song. With people more than happy to label just about every pop culture topic “cringey”, it’s no wonder people are so afraid to talk about their interests.

So, is there any explanation for this phenomenon? To put it frankly, the human brain can make us feel pretty poor about ourselves, especially as teenagers. Nearly 20 percent of adolescents suffer from low self-esteem and related issues.

In typical teenage fashion, we are quick to find outlets for our hatred in an effort to push some of that self-loathing onto someone or something else. These self-esteem issues can also perpetuate this need to fit in, with the urge to belong furthered only by the pack mentality that schools create.

A statement from the article, why people hate: the science behind why we love to hate, perfectly articulates this idea. Many people join hate groups because it gives them an outlet to blame for all their problems. Hate groups also give people a sense of belonging as they are supported by those who share their beliefs. In an effort to escape conformity, these individuals have become the very thing they sought to destroy. This act of rebelling against the norm isn’t really rebellion after all. It’s not about individualism, in fact, it’s the exact opposite.

Journalist Kate Harveston reiterated this point in her article, why we love to hate popular things, stating “Rebels often don’t want to be that different after all — they want other people to think the way they do.”

In short, rebellion is simply one of the many products stemming from this need to feel included and seen.

As an emotional teenager myself, I can’t even remember how many times I’ve pretended to hate something I was actually really interested in just to appear “cool” to other people. Rather than ease my self-esteem issues, however, it had an adverse effect. I found that it can be pretty difficult to love yourself when you’re focusing all your energy on hating everything else.

Though I prided myself on not conforming to the pop culture trends of the time, I still allowed myself to fall prey to the masses of hate online, which has proven to be just as popular. Instead of projecting all this hatred on silly TikTok trends or cheesy pop artists, reflecting on our own insecurities could help to heal our hateful nature.