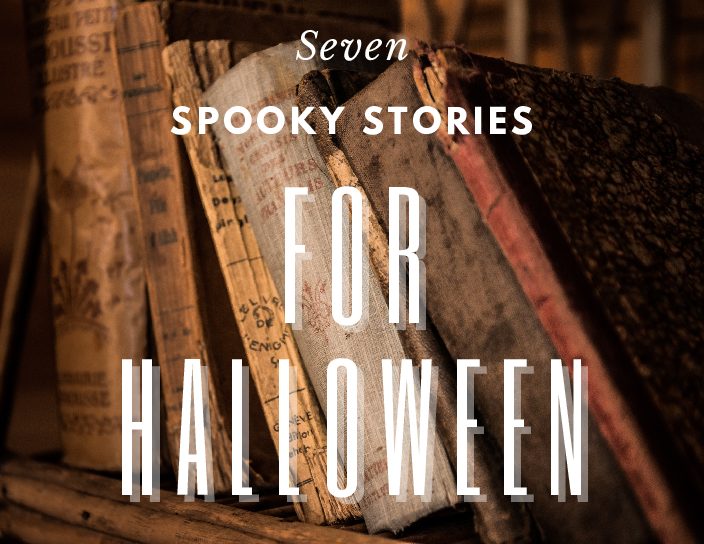 Whether you enjoy curling up next to the fireplace with a cup of hot chocolate or cowering under your covers in the middle of the night, a spooky book is always enjoyable. Either you’re perusing through the sewers inhabited by a scary clown, or staying the night at the Transylvania Hotel, a good scary story can keep you sleeping with the lights on all week. The horror genre contains a wide variety of story roots, including the paranormal, thrasher, zombie apocalypse, and many others. From personal experience, I know that a good story can leave you abandoning all other activities and responsibilities until you close the book for good. While I often don’t have trouble finding a good read, many others can struggle to find a book that instantly immerses them into the story. So, as the trees turn orange and the weather gets chilly, here are the top seven books for you to read this coming Halloween.

Disclaimer: These ratings come from a mix of my and others’ personal opinions. These books may contain sensitive topics, so proceed with caution when needed.
Seven: “Ten”- Gretchen McNeil
This novel, published in 2021, is a perfect teen horror story for those seeking a suspenseful thriller. Best friends Meg and Minne sneak away to a party on Henry Island, where they expect to have a weekend full of boys, fun, and partying. Unbeknownst to them, there is a killer on the island with the intention of picking them off, one by one. It’s up to Meg to find out who it is. This spooky retelling of Agatha Christie’s novel, And Then There Were None, will have you on the edge of your seat in suspense.

“This is how horror movies start.”

― Gretchen McNeil, Ten
Six: “It”- Stephen King
You can’t have a spooky book list without an iconic horror writer. Stephen King is well known for this story of a clown hiding in Derry, Maine’s storm drains, luring children in. Seven kids take to the sewers to unravel the mystery of Pennywise the clown after one of the boys’ brothers, Georgie, falls victim to the clown’s gruesome antics. This book is thrilling and causes its readers to avoid storm drains in their paths for weeks to come.

“Come on back and we’ll see if you remember the simplest thing of all – how it is to be children, secure in belief and thus afraid of the dark.”

― Stephen King, It
Five: “Frozen Charlotte”- Alex Bell
I read this book in eighth grade, after being told for independent reading to just get a book off of the classroom library shelves. The cover looked cool, so why not? I started reading, and this book probably holds my record for my fastest read. It starts with the main character Sophie’s best friend dying mysteriously after a Ouija board incident. She is then sent to live with her distant relatives, but throughout the story, mysteries occur, the story twists and unexpected events linked with ghosts and dolls… You just can’t put this book down!

―  Alex Bell, Frozen Charlotte
Four: “The Diviners”- Libba Bray
When Evie O’Neill is shipped away from her hometown to the bustling streets of New York, she is more than excited. The only downside of Evie’s new life, set in 1926, is living with her Uncle, who has a strange obsession with everything supernatural. When a body is found, Sophie learns that a special skill she possesses could prove useful in finding the killer. Meeting new and interesting characters throughout the story adds special twists and mystery, and will rope the reader into this world of powers and murders. Author, Libba Bray, is a master at creating foreshadowing, catching readers off guard on every page!

“People will believe anything if it means they can go on with their lives and not have to think too hard about it.”

― Libba Bray, The Diviners
Three: “These Shallow Graves”- Jennifer Donnelly
If you aren’t into the scary type of horror stories, this book is for you. Taking place in the 1890s in New York, this mystery novel will have you up at night pondering over the mysterious death of the main character Jo’s father. Jo has to dive through history to unravel its secrets that may hold clues to the true cause of the suspicious death. This book moves along well, with the historical mystery compelling its readers to turn every page, and many readers are drawn to this novel because of its portrayal of female power through Jo.

― Jennifer Donnelly, These Shallow Graves
Two: “The Dead and the Dark”- Courtney Gould
You never know what is hiding in the dark corners and/or what is hiding in the shadows. You also never know when these things are going to appear. Ashley Barton is immediately suspicious when her beloved boyfriend goes missing in their secluded town of Snakebite, Oregon. Ashley feels as if the whole town has shifted, and not for the better, so she teams up with Logan, who’s new to the town. As they get deeper into the history of their town, their feelings for each other seem to grow deeper. This book is a whirlwind of thrilling mystery and romance, all while making you a little more cautious of the dark.

“After thirteen years, the Dark has finally come home.”

― Courtney Gould, The Dead and the Dark
One: “There’s Someone Inside Your House”- Stephanie Perkins
When Makani Young abandons her Hawaiin life to come live with her grandmother, she’s excited at the prospect of a new start. But this feeling doesn’t last for long. When students from her new high school start dying, she realizes that something is wrong, and this ‘something’ has to do with her. She must confront herself to find out what’s causing everything to go wrong before there’s no one left to save. From the first page, this book has you locked in, and only releases its grasp when you reach page 287. This story has also been taken to the big screen, premiering on Netflix on October 6, 2021.

“I guess you never really know what’s going on inside someone else’s head.”

― Stephanie Perkins, There’s Someone Inside Your House

Feel free to leave your favorites in the comments, or share how you liked these spooky reads!