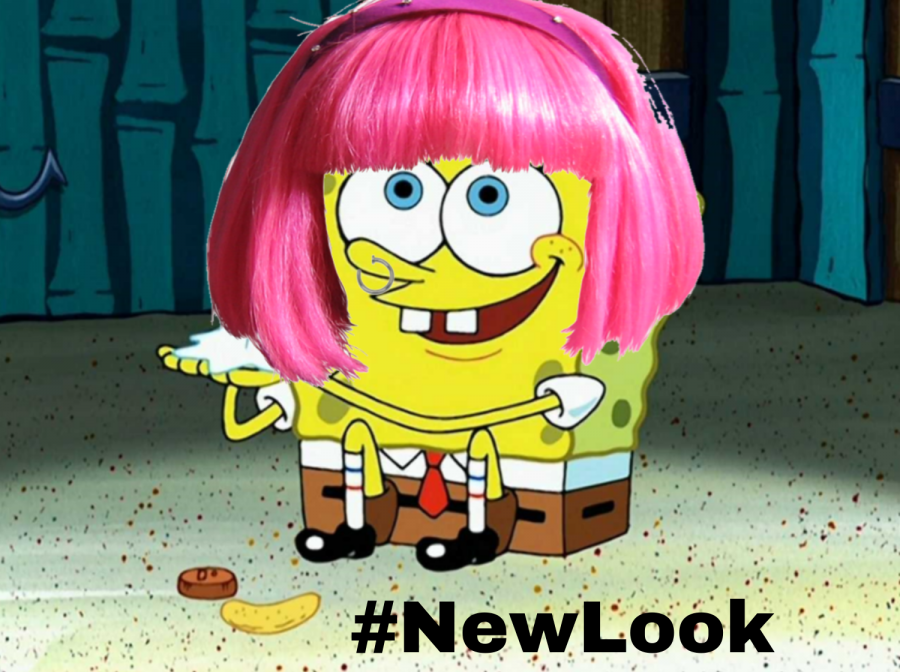 Spongebob Squarepants spends time indoors with his chip and penny, but then finds a new way to have fun: trying out a bold hairdo!

There’s a decent chance you’ve considered at least one of the following in the last year:

Perhaps being stuck inside lends itself to extra time for self-reflection. Or maybe we’re all bored, looking for something new to embark on. However, I find it difficult to ignore the sheer volume of quarantine makeover compilations on my YouTube homepage. Is boredom capable of prompting such drastic changes in appearance? In actuality, the sudden ‘revamping’ of one’s life may signal a response to stress — in this case, the onset of a pandemic.

We live in the age of connection, making global trends easier to glean. Social media apps like Tik Tok act as a ‘crystal ball’ into the quarantine experiences of different people around the world. Vox cites one teen, Aaron Richardson, who shaved his head to match the style of Aang from Avatar: The Last Airbender — a style he hadn’t found the ‘confidence’ to wear until being in lockdown.

“We were probably just a couple months in. I had really long hair and a pair of kitchen scissors. I probably chopped off 10 inches,” Pikaart said. “I later got it fixed when salons opened back up. The woman who cut my hair had seen a lot of people come in with haircuts she could tell were done at home.”

If the Mass Makeover Movement (MMM) can be described as coping, in what sense, exactly? The most obvious type would be the inclination to seek control over an uncontrollable situation.

“At the end of the day, we need to feel some sense of control over our lives. There’s a spectrum: some people need to have significant levels of control, while other people do not. But trauma is trauma,” said counselor Melissa Ansbacher. “Some of these impulsive behaviors can be a ‘flight’ response where, if I’m panicking in this moment, what can I do [to cope]?”

In terms of adolescents, Pikaart hypothesizes that a bold new haircut could be our way of “healthily and reasonably” taking risks when other outlets aren’t available.

“We weren’t being forced to meet new people, for example. What that causes, psychologists have said, is increased risk-drive,” Pikaart said. “There isn’t the opportunity to take small risks day-to-day, so it ends up being one big risk.”

Teens are already inclined to change their appearances often. How is today’s environment any different? In a way, the ‘audience’ of our personal growth has changed now that we stay at home.

“When we were in the building, the people around you were peers. Adolescents continue or stop [certain ways of presenting themselves] based on their peers’ responses,” Pikaart said. “I think during the pandemic, the audience changed from peers in real life to the internet. Things need to be more drastic on the internet than in real life to gain popularity.”

In other words, it’s possible that this behavior is more of an adaptation than a coping mechanism. Regardless of the story behind your new set of bangs, a positive response from your circle of support is crucial.

“It’s important for adolescents to be able to make these changes, but not lose their community (friends, family. etc.),” Pikaart said. “Just because you got that piercing or cut your hair, [you should have the security of knowing] your community still cares about you.”

On that note, I say we embrace the MMM: it’s a form of self-expression without life-changing consequences. As long as your makeover comes from the desire to explore and grow versus “fix”, no harm done!

P.S. Use hair shears over kitchen scissors for best results.