Is this the year that toxic masculinity will finally be canceled? 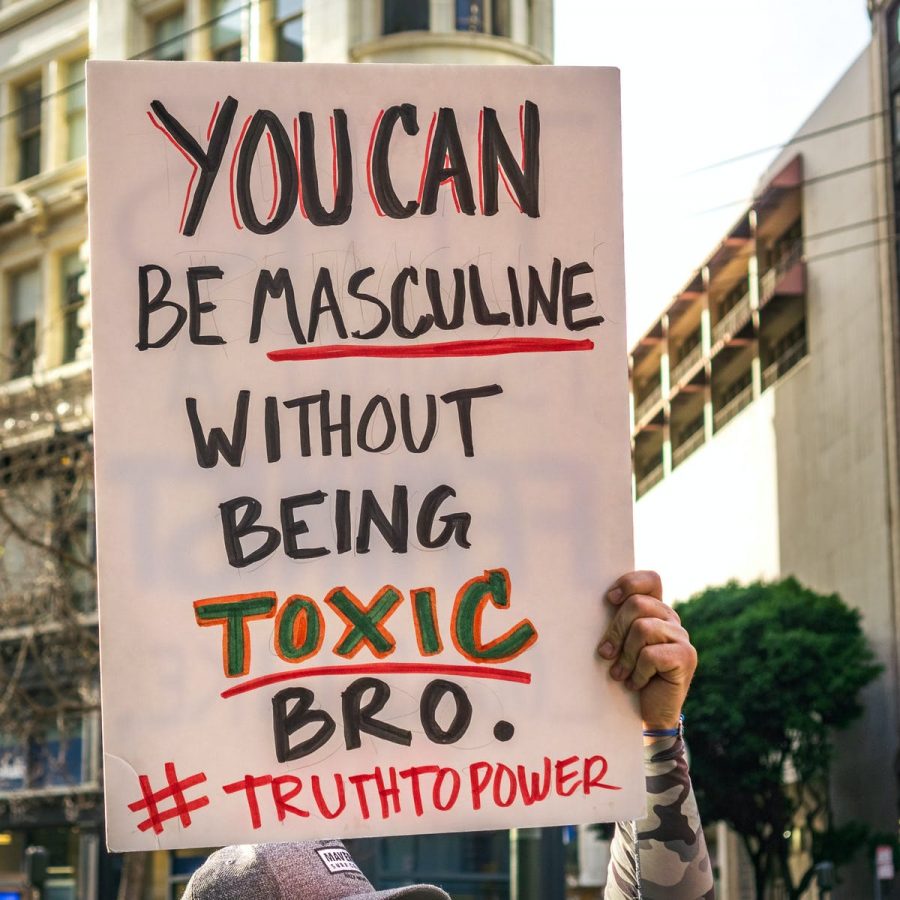 Toxic masculinity: a cultural concept of manliness that glorifies stoicism, strength, virility, and dominance, and that is socially maladaptive or harmful to mental health.

This very controversial topic has been a big hit this chaotic year — so big that we’ve had social media influencers, celebrities and even political figures get involved in the dispute. The term toxic masculinity leads most people to think that it means men are awful and evil. It doesn’t mean that at all; in fact, the conversation was actually started by men. The traits of toxic masculinity are mainly aggression and violence in males that involve them feeling like they need to fulfill a “manly” ideal.

Celebrities have been a key part in reconstructing how toxic masculinity is presented in everyday life. One of the most influential ways that toxic masculinity has been opposed is through fashion. Fashion has had the absolute power to reshape the idea of masculine principle that the media has put into the minds of the people.

A prominent figure who has inspired many through his fashion is singer-songwriter and actor Harry Styles. The English singer became the first solo male cover star of Vogue in its 128-year history. On the cover, Styles is seen wearing a dress and other clothing that could be defined as “feminine”. Styles has never let the stereotypical debate of how females and men should behave bring him down. Candace Owens, American conservative author, political commentator and activist stated in a tweet bashing Styles and ended it with “Bring back manly men.” Styles rebutted with: “To not wear something because it’s females’ clothing, you shut off a whole world of great clothes. And I think what’s exciting about right now is you can wear what you like. It doesn’t have to be X or Y.” Slowly but surely he has helped blur the lines of gender norms.

An icon who was definitely ahead of his time and who managed to carve the path for any artist who came after, Queen’s lead vocalist Freddie Mercury was a legend and fashion icon who was known for his bold fashion choices on and off stage. His way of thinking and not letting the social norms stop him from being who he is has inspired people all over the world.

Time and time again we see how toxic masculinity pervades society. When will it finally be time to cancel it, and are these stars going to finally put an end to this debacle?