Universities are beginning to open back up amid the pandemic 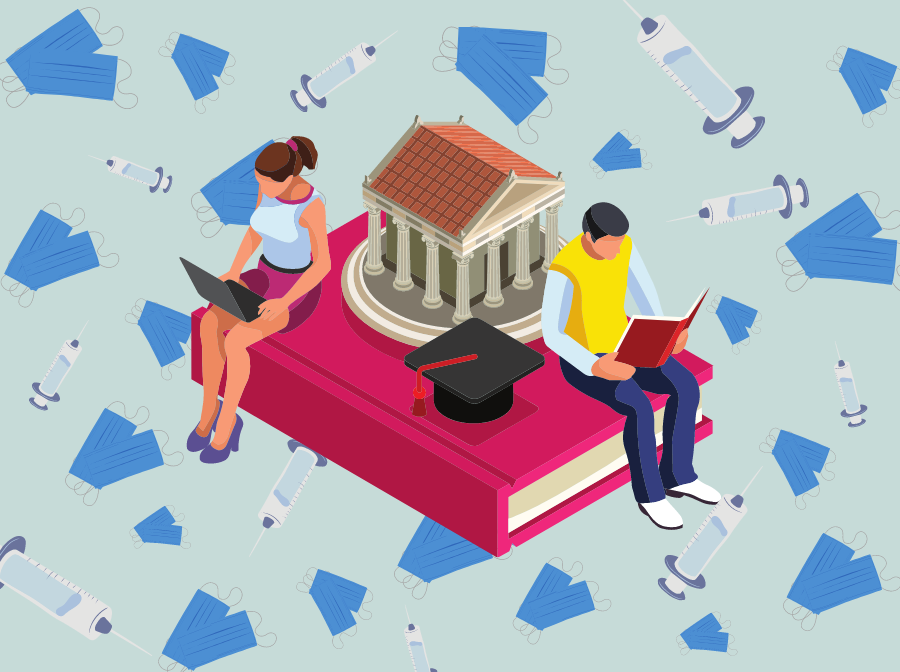 Ashley Masingale, an NC State University freshman, believes that her college experience was compromised due to the pandemic.

“I am happy [NC State] is opening back up because I want some semblance of a normal college experience,” Masingale said.

Some students never even set foot onto campus, but that wasn’t the case for Twumasi Duah-Mensah, a freshman at UNC-Chapel Hill, who was forced to leave campus right after settling in.

“[Every student was] forced to participate in online learning last semester [and] were effectively booted off campus after two weeks,” Duah-Mensah said.

A huge part of the “college experience” is not just getting an education, but the social aspect as well. University campuses host a plethora of new people, activities, clubs and parties. But unfortunately, that has all been put to an end by COVID-19.

Duah-Mensah believes that remote learning has severely affected his freshman year of college due to the lack of social interaction opportunities.

“I was going to be very reliant on extracurriculars to meet new people,” Duah-Mensah said. “No in-person extracurricular [activities] makes it hard to build connections as a first-year [college student].”

Living off-campus has restricted every student from meeting new people, including UNC Wilmington student Avery Jones. College has opened so many doors for students that many want to explore but can’t amidst the pandemic.

“I am very happy my college is opening back up [because] [I’m having] the best time of my life here,” Jones said. “I’ve met my lifelong best friends.”

Despite the drawbacks of moving back to living in dorms and in-person classes, some students are wary of how safe it is. COVID-19 cases are still on the rise and college students are known to disregard rules altogether, potentially creating a cesspool for the virus to flourish.

‘I do think [the university] is taking really good precautions,” Masingale said. “But I still think that we should probably wait until it is much safer.”

There are so many little things that need to be done to welcome students back onto campus and many have their doubts that the past semester gave the universities enough time to prepare for thousands upon thousands of students living within a small area.

“The virus is totally out of control and a vaccine doesn’t look to be available until the summer at the earliest,” Duah-Mensah said. “Universities have shown to be powerless in stopping “superspreader” events like frat parties, so reopening might not be wise.”

One popular complaint is the lack of organization the distribution strategy has been for the vaccine leading to shortages. North Carolina is having an issue providing the vaccine to health care workers effectively, so what will happen when it comes to college students?

Arfan Warraich, an NC State student, believes that going back to in-person classes will not only be beneficial to students but also safe despite the vaccine troubles.

“They are taking very strong measures to ensure the spread of COVID-19 doesn’t happen again, [especially by] offering only certain classes in person,” Warraich said.

Everybody wants to go back to normal life, especially college students, but there are still some concerns that need to be addressed before allowing students and faculty to resume normal campus life.