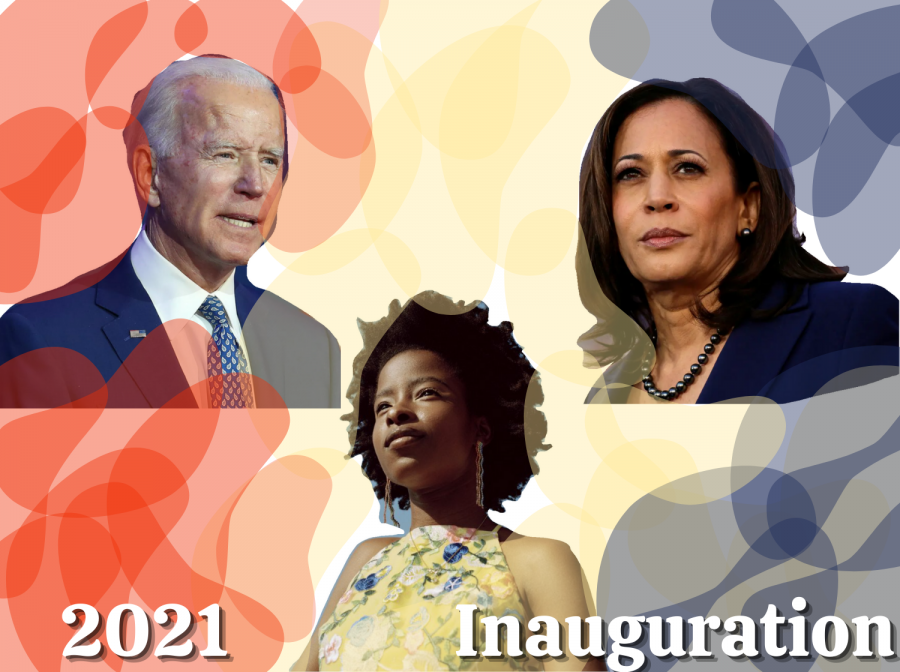 The Biden-Harris Administration is now well-underway as a new chapter of American history unfolds. Amid crisis and calls for social change, people all over the country — and around the world — wonder how the next four years will unfold. To understand our intended path, there’s a day we can all refer back to: Jan. 20, 2021 marked the nation’s official transfer of power through an inauguration ceremony.

The precedent of inauguration ceremonies began with George Washington in 1789. For every election that followed, Senator Roy Blunt opined, Americans have yet to cancel the event.

“Of all [the inaugurations] I’ve seen, I thought [this one] was the most reassuring, the most calm, the most inspirational and the most inclusive,” said AP Literature and English teacher Cheryl Leshnock. “ [It] spoke to our strengths as individual people and as a nation. I think we desperately needed that.”

This year’s ceremony comes at a particular time in history. Speakers such as President Biden and senator Amy Klobuchar alluded to protests, the storming of the capitol on Jan. 6 and the reigning pandemic.

“I have seen several inauguration ceremonies,” said speech and English teacher Janene Schneider. “I think the difference with this year’s is the media attention and discussion days [beforehand].”

Aside from a formal welcoming of new leadership, Americans may ask themselves what other purpose this event serves. Senior Dujana Buheis offers her perspective.

“[The ceremony] educates us on the transitional process from president to president,” Buheis said. “When the new administration is sworn in, we must understand what duties they are promising to uphold, and hold them accountable.”

We may also find a symbolic interpretation of what these ceremonies represent.

“It’s a new beginning: saying goodbye to what has been and anticipating what’s to come,” Leshnock said. “A moment in history and celebration.”

“The highlights were Amanda Gorman’s poem and President Biden’s speech,” Buheis said. “Both remarked on the importance of unity to achieve peace and left behind much to reflect on.”

On the topic of themes, this year’s ceremony presented a plethora of them. Junior Emily Salter gleaned the bridging of a generational gap in politics.

“We swore in the oldest president and had the youngest poet laureate,” Salter said.

Leshnock reiterates that the day spoke to our strengths.

“We are strong and we can get stronger,” she said. “We have gone through the shade of the young woman’s poem, but we’re heading toward the light of her poem.”

She hopes younger generations felt inspired by the ceremony.

“So much of [government] has angst and anger. I’m ready for that to change,” Leshnock said. “A young person looking at this should say, ‘there can be integrity, honor and unity.’”