Opinions Editor Erin Sockolof counts down her all time faves. 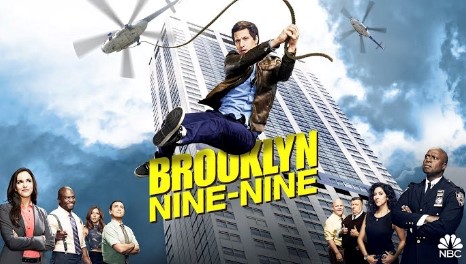 Brooklyn Nine-Nine is a workplace comedy that is on the television network NBC.

Ah, Brooklyn Nine-Nine: the best comedic workplace cop show out there. Although people have varying opinions about what the best episode is, I think I’ve figured it out. Through reading other people’s takes on this topic and researching different aspects of good television, I have discovered the most important aspects of making TV work. My decision criteria include character development, inter-office relationships, romantic relationships, humor, plots, guest stars and topics. This article contains specific details about the episodes, so a Spoiler Alert is in effect.

This episode is the start of one of the most iconic storylines in this show. As every Brooklyn Nine-Nine fan knows, Peralta challenges Holt to an annual heist-themed challenge on Halloween day. It was a crucial episode because the entire team worked together to help Peralta win. In addition to the plot, this episode was insanely funny. The writers knocked it out of the park with this one.

“Nope, it immediately turned into a purge, way to go new york. Alright, let’s suit up.” This episode is the holy grail of comedy. It includes three major comedy classic plots: a city-wide blackout, characters stuck in an elevator and an unfortunately timed birth. This episode also brings us the wonderful baby that made Boyle’s life complete.

Coming in at number eight, ‘Show Me Going’ is easily one of the most potent and emotional episodes of the series. In it, we see Diaz respond to a shooting. The whole team wants to help, but they are given an order to go about business like usual. Everyone tries to help her in their own way. The main avenues being Linetti and Santiago trying to fix a toilet. This episode shows an unending amount of character development and inter-office relationships. It also managed to stay funny while discussing a serious topic. This episode’s tone is somber, but some much-needed comic relief makes this episode a perfect tapestry of drama and comedy.

Typically with television, the pilot episode isn’t great. Just like with books, sometimes you need to get through quite a bit of content before it gets good. Not with this show, though. I believe this might be one of the best pilot episodes of any television series. This episode perfectly introduces the characters and is wildly funny. There are many quips and jokes thrown around even though they’re all investigating a murder. There are also multiple guest stars, the most prominent being Fred Armisen when he introduces himself as Mlep(silent clay)nos.

This episode explores the themes of systematic racism and racial profiling. Just like ‘Show Me Going,’ this episode is one of the more serious ones. If I’m being honest, I cried during this one. Like, a lot. It shows a vulnerable Sgt. Jeffords being violently detained by a racist officer while searching for his daughter’s stuffed cow, Moo Moo. This episode exhibits how the system is rigged against officers who report other officers. There is an abundance of character development and emotional moments. We also get to see a few great heart to hearts between Jeffords and Holt.

‘Game Night’ is another one of the serious episodes. In this one, we watch Diaz come out as bisexual to her family and coworkers. But when her family does not support her identity, she is uninvited to her family game nights. Peralta then organizes a new game night with the whole gang. In addition to making Diaz feel better, she also realizes that her chosen family respects her sexual identity and does not think differently of her. It is especially appreciated by Holt, as shown by his emotional thank you to her after she came out. This is an incredibly passionate episode with fantastic writing. The plot is thick, and the comedy is constant. We also see many inter-office relationships improve.

This episode is the undeniable start of our generation’s best fictional couple. While the Peraltiago relationship didn’t technically start in this episode, we do see the first real incident of flirting between the two. In addition to the romantic plot, we also see the beginning of almost everyone’s favorite horse, Sgt. Peanut Butter, not to mention a super high Boyle with no filter. This is not only one of the funniest episodes but also one of the most jam-packed ones.

“Alright, fine! Someone wants you dead. You win.” Coming in at number three, we have a Doug Judy episode set on a cruise ship. Throughout this masterpiece, we see Peralta and Santigo’s personalities clash. However, their relationship only grows more robust through it. Part of this is due to the relationship advice Peralta gets from Judy. And while Judy gets away, yet again, we see the first-ever good deed Judy has done. Separately, the subplot also explores Holt’s rarely seen softer side as he learns his sister is getting a divorce.

Dropping in at number two is one of the only episodes that only has one plot. Philip, a successful periodontist, is accused of murdering his coworker after they found out he was stealing Diazepam from the office. However, there is not enough evidence to get a conviction, so Holt joins Peralta in interrogating him. This has a guest star, drama, interoffice relationships, suspense, humor, a great plot, and discusses addiction.

Stealing the spotlight with the number one spot we have,“Pimento.” This episode meets every single one of my criteria. In it, we see Pimento return, undeniably in his funniest episode, after a long absence from the series. He seems more unhinged than normal and gives the audience unending iconic moments of him being the craziest version of himself. From bloody hedge trimmers to giant tattoos to wanting to go on facetime while he is nude, there is no way to encompass all of his greatness in this list accurately. You will have to see it for yourself.

Brooklyn Nine-Nine is such a special show. You can re-watch any episode, laugh at the same jokes as before and even notice a new joke or detail. Not many shows can pull this off, which is yet another factor in Brooklyn Nine-Nine’s success. No matter who you are, you can always enjoy this show.