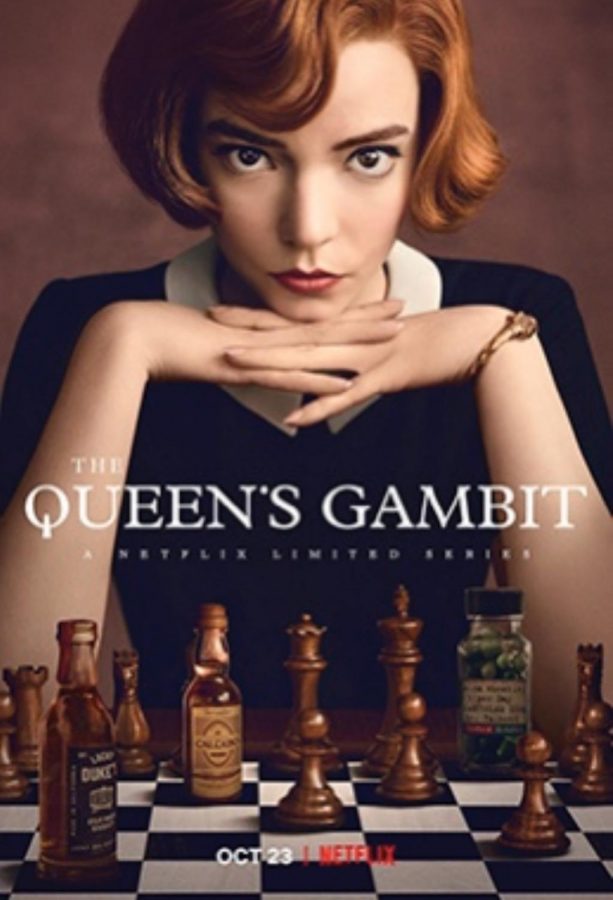 The Queen’s Gambit was released on Netflix on October 3rd, 2020. It even managed to reach Netflix’s top ten for multiple weeks, placing first several times. There will be spoilers in this review. The show is a coming of age story taking place in the 1960s that involves a chess prodigy, Beth Harmon, in her quest to become the greatest chess player. Along the way, she struggles with a pill addiction. The story follows Beth’s life throughout coming to an orphanage, getting adopted, her adopted mom’s death, and finally becoming the chess world champion.

It’s very entertaining watching her play against opponents. The show grabs your interest right away when, as a child, she beat the entire local high school chess club. It also shows her struggle with addiction in an interesting and respectful light as throughout the series the pills are seen to help her focus and visualize chess better. But she finally overcomes her addiction at the end once she realizes she can win on her own, without the help of the pills. The series also shows her obsession with chess has led her to gain experience and become friends with the other chess players. In the end, this helps her beat the reigning chess world champion.

The choice to explore chess instead of any other activity is also very interesting as not very many chess series exist, so when it went through all the rules and competitions it was fun learning something new. Overall, it was a very entertaining miniseries to watch during quarantine, because it had some very intriguing plot points that were explored quite nicely. It was the best show of 2020 as let’s face it, not many new tv series came out this year, and many renewing ones were put on hold, so this was a very fun and engaging watch during quarantine.