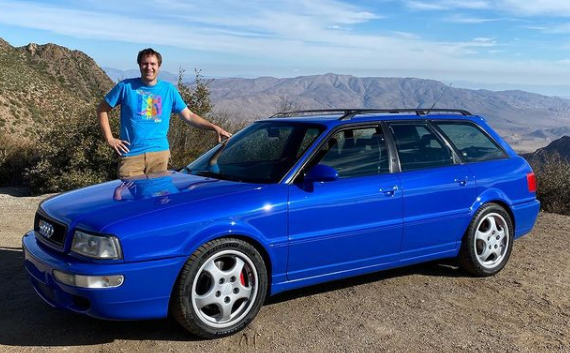 THIS… (Doug joke) is my pick for last year’s best creator. Through all of 2020’s ups and downs, one thing remained the same: fire content from my main man Doug DeMuro.

If you don’t know him, Doug DeMuro is a Youtube car reviewer who got his start working for Porsche and autoblog Jalopnik. He is known for his in-depth reviews of cars’ quirks and features. He uses his trademarked “Dougscore” to give each of the cars he reviews a rating, judging them on how fun they are as well as how practical they are.

2020 was a stellar year for the car industry and this was mirrored in Doug Demuro’s videos. Reviews of new cars such as the highly anticipated mid-engine C8 Corvette, Land Rover Defender, and Ford Bronco. These videos made an impact across the entire car community as Doug was able to get his hands on these cars that we have been waiting on for years.

Other classics that Doug reviewed were the BMW E30 M3, the Ferrari F50, and the original Acura NSX. A personal favorite of mine was the video Doug made on the Audi RS2 Avant that he bought. A station wagon that was never sold in North America, the RS2 was the perfect mix of speed and practicality.

The beauty of Doug DeMuro’s channel is that he reviews interesting cars for enthusiasts and new cars for prospective buyers. His thorough reviews provide great insight for people thinking about getting the new Civic while also showing all the cool parts of the new Ferrari.

All in all, Doug DeMuro has put out lots of great content while also proving to the car industry that auto review Youtube videos are a legitimate form of advertising and entertainment.