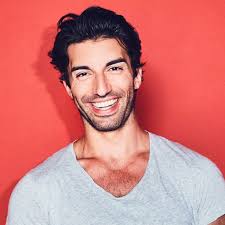 Justin Baldoni is an actor that many people know as, Rafael Solano from Jane the Virgin, before Jane the Virgin he was struggling to get into movies and went into a dark place. This dark past really showed him the true meaning of life and decided to live his life helping people all over the world.

He is known to have supported many childhood cancer charities, he donates by directing movies including Clouds and 5 Feet Apart and sends the earnings to Claire’s Place Foundation. These movies also show his audience living a life with a chronic disease and has put more awareness into the world. Another charity he supports is one he co-founded called The Wayfarer Foundation which focuses on the homeless. This helps people understand what others can go through and gives the homeless a second chance at life.

Baldoni has always been such a good person to society and deserves a lot of recognition. Every birthday Baldoni celebrates, he spends it volunteering with many other people to help out the homeless. He has spent the last six years raising money to help provide for these people. Being a dad of two kids can be stressful but I know these children will grow up knowing their dad was a hero to many civilians.