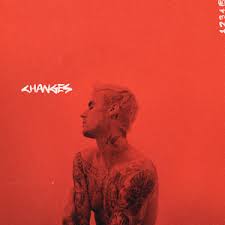 Justin Bieber is one of the many hit artists that took a break from singing throughout his career. During 2016- 2019 he didn’t put out any albums, only a few singles. This Canadian singer has been around his whole life showing the world his talents.

Bieber explained his album, “Changes” to be his change into adulthood. After many people disliked him for how he acted childish throughout his teen years, he wanted to show everyone who he really is.

All of his songs on this album really show his growth, strength and his new wife, Hailey Baldwin.

This album consists of 16 songs and one remix. Another big step for Justin is that he is going on tour. He has struggled with many illnesses that have made him weak. He has fought Lyme disease and withdrawal from drugs. Since he released Changes he has focused on putting his life together and his fans have definitely noticed.

Personally, my favorite song is “Habitual.”This song shows how his love for life and his wife is constant and not going away. It really shows how powerful love can be.

Since I am a “believer,” I can definitely see how he has put more religion and love into his environment. As Bieber would say, “Never Say Never.”