2020 is one of the hottest years ever, but you shouldn’t be surprised 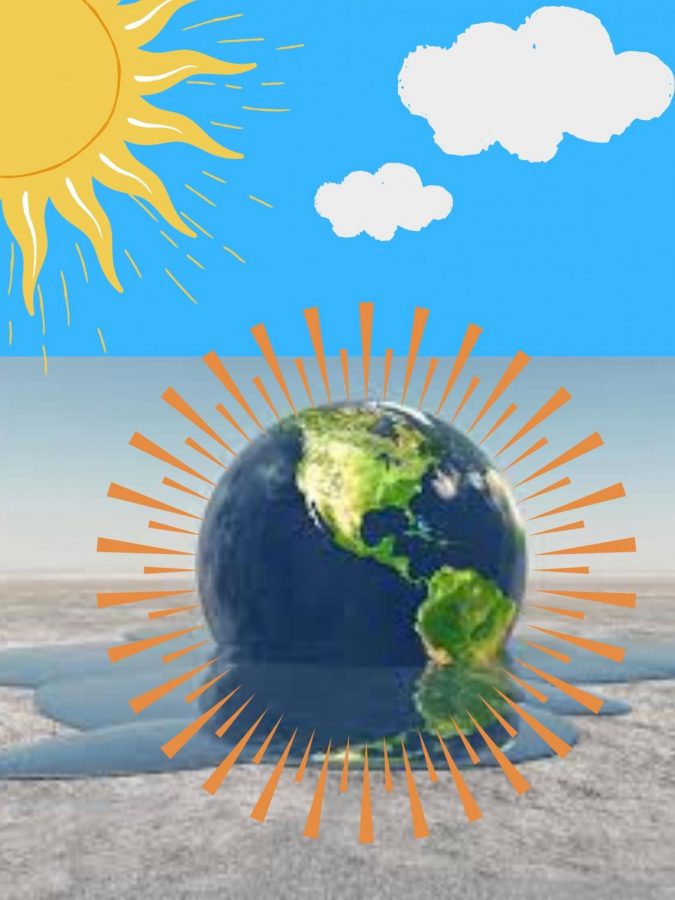 2020 has been a historic year, to say the least, so it’s no wonder that there was yet another record set. Scientists have now confirmed that 2020 is one of the three hottest years of all time. Even though the trend of global climate change has been indicating this landmark for quite some time, it is still important to understand what this means for our future.

Kirsten Oshinsky, earth and environmental science teacher is passionate about helping our planet in any way she can. Oshinsky also has a lot of concerns about not only the rising temperatures but also how people are responding to them.

“I worry that if people don’t see an immediate effect of the actions they’re having then they will feel like it’s not working,” Oshinsky said. “The shift can come, it absolutely can come. But it’s not going to happen tomorrow.”

Oshinsky is not the only teacher who has concerns about climate change.

“The only good trend I see is that people are starting to accept [climate change],” said Jesse Kenyon, earth and environmental science teacher.

This is a big deal according to Oshinsky.

“That was a huge hurdle,” said Oshinsky, “for a couple of decades we couldn’t even get the average Joe on the street to say that [climate change is real].”

Although it’s great that people are now accepting climate change, there’s still a lot more that people need to do. Reusing containers, reducing the amount of trash one makes and eating less meat are all ways people can pitch in to help our environment. But many people find that it’s not always easy to do the right thing.

When people don’t do their part to save the planet, they can inadvertently hurt others in the process. Many people are being harmed because of climate change. Israel Gore is a senior in high school and his family has felt the effects.

“[Climate change] has impacted my family who owns a farm in South Carolina and is constantly being impacted by hurricanes and severe thunderstorms that appear to come more frequently due to the impact of global warming,” said Gore.

Students are also expressing their concerns over this matter. Joy Othoo is in the agriculture program. She has many concerns over how climate change is affecting her and her peers.

“I can’t go outside to do my [horticulture] work when it’s overheated and that affects a lot of other areas because no one wants to spend all of their time inside,” Othoo said.

So, like many others, Othoo is urging us to take action.

“You can [help combat climate change through] simple actions like posting on social media or discussing it with your friends,” Othoo said.

There are so many conflicting opinions and facts out there about what needs to be done about climate change. However, if there is one thing we can all agree on, it is that we need to act now to save our planet.