The sexism behind women’s sporting uniforms 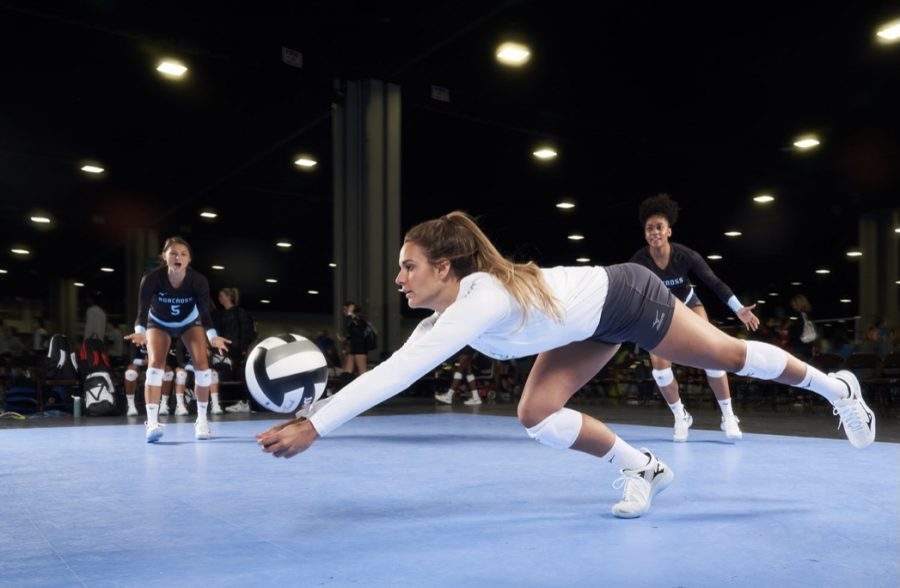 Volleyball players during a match.

As far back as 1910, women’s sporting uniforms have been made more for looks than functionality. Women’s golf and tennis uniforms, for instance, used to have tight-fitting long skirts that were ill-fitted for a sports setting, according to. Since then, severe changes have been made to the uniforms, making them more moveable, and breathable for the athlete. Even though leaps and bounds have been made, women in professional sports still experience misogyny because of their uniforms. Golf and tennis are two examples. Golf, having one of the most equal sporting uniforms around, does not allow women to wear leggings, joggers, or racerbacks as of this year. Female tennis players still wear skirts even though there’s no added usefulness to them.

In 2017 the Ladies Professional Golf Association (LPGA) updated their clothing requirements to a strict dress code that, if not followed, will slap their athletes with a $1,000 fine that doubles every time they still don’t follow the rules. The rules included many changes including one that states skirts and shirts must “cover your bottom area”. Many are calling this new dress code unnecessary and condescending, taking steps back in feminism, and being the modern organization that LPGA strives to be. Athletes should be allowed to feel comfortable when playing in whatever they choose to wear, and the guidelines that LPGA has chosen never seemed to be a problem before.

Along with tennis, women’s lacrosse also requires skirts even though there’s no added advantage to them. It’s just a trend from long ago that has still managed to stick around, a way for society to force these women to present as femininely.

Another huge cause of this is women’s volleyball uniforms. Usually tight, small spandex shorts and a tight shirt, their uniforms are much more revealing than their male counterparts’ uniforms. Although spandex is a good choice for athletics because it doesn’t restrict movement or get in the way, many question why the length of the shorts are so short. Especially to high schoolers, where they are forced to wear their short tight uniforms, many girls can be seen pulling their shorts down hoping for some coverage but they keep riding up. Which begs the question: how necessary are these short shorts? The men’s volleyball players seem to manage just fine in their baggy shorts and shirts  This means it just comes down to sexualizing the female body and showing as much as possible. Some girls probably like the style and length, which is fine, but many do not so why not let the girls choose which style they would like to wear? Whether it be short spandex or baggy ones, let the girl choose so she can be fully comfortable when playing.

Some people bring up the point that these tight outfits attract people to the girls, and they stay for the sport. But is that really the attention these athletes want? To be seen not for their ability at first, but for their body? These uniforms could be bringing the wrong type of attention these athletes want to bring to their sport, highlighting the wrong aspects people should enjoy about their playing. And is this also what we want to show to the younger girls watching these athletes play? That you’ll only be seen first for your body than for what you put all your time, effort, and passion into? Women’s sporting uniforms have come a long way since the 1910s but they still have a ways to go.