Movies to make your Halloween night a little more bright 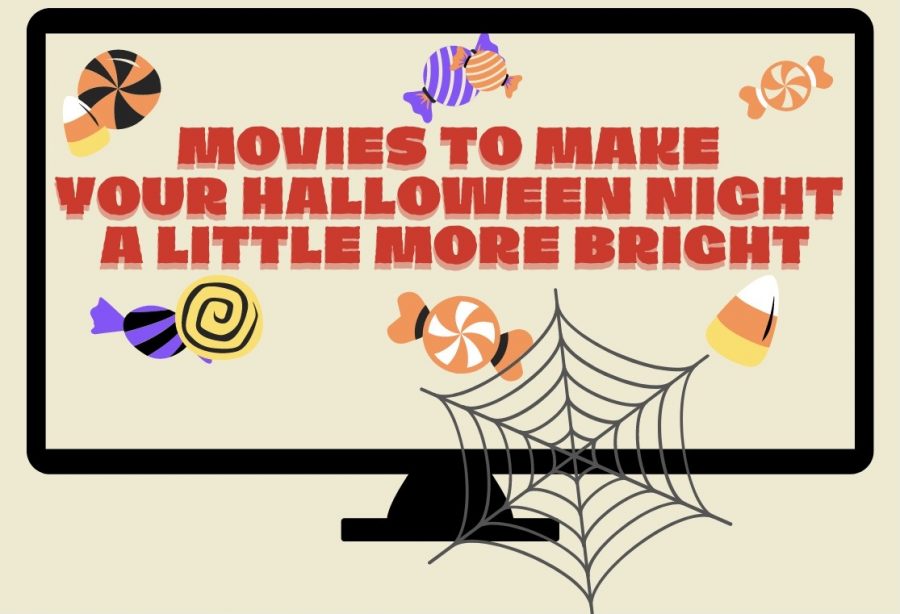 Grab a blanket and some candy and enjoy these four recommended films.

I know that this year has been very difficult for all of this. 2020 is a rollercoaster that none of us wanted to stand in line to ride but had that annoying friend who made us go with them. Because of COVID-19, Halloween traditions are being turned on their heads. However, even though the free candy may have been canceled, the movie watching sure hasn’t. I present to you “Movies to make your Halloween Night a little more Bright.” 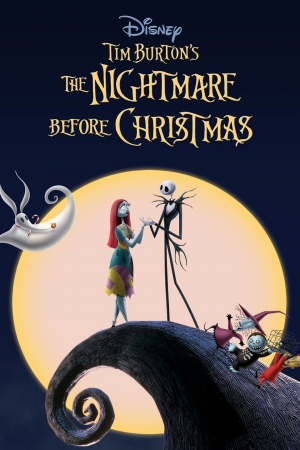 The Nightmare Before Christmas (PG):

Movies can create different worlds for us to experience, and that is one of the best things about them. Most of the time, directors like to go for realistic places, places that you can see in the world that you live in. One of the many delights of  “Tim Burton’s The Nightmare Before Christmas” is that there is not one recognizable landscape within the whole movie.

The movie, which tells the story of Jack Skellington, the mayor of Halloweentown, (Danny Elfman) trying to make Halloween overpower Christmas, is shot in stop-motion animation. In regular animated films, the characters are drawn, in this movie, the characters are constructed and then moved a little in each frame to make it seem as if they were living.

The movie starts by talking about how each holiday has its own town. Halloweentown is in charge of preparing for Halloween, Christmastown is in charge of preparing for Christmas, etc. One day, Jack walks into the wrong entryway of Halloweentown and finds himself in the middle of the preparations for Christmas. Jack then feels a longing to better himself, to move up to a higher holiday, one that people will take more seriously and enjoy more than Halloween. With this idea in his head, he begins to make a plan to kidnap Santa Claus and replace him with himself.

The movie is rated PG because some of the Halloween characters and creatures might be seen as scary for smaller children, but this is the kind of movie older kids will enjoy; it has the kind of offbeat energy that tells them wonderful things are likely to happen. This movie is a feast for those who love to go in deep with their imagination. This movie is an excellent choice for a family watch party. 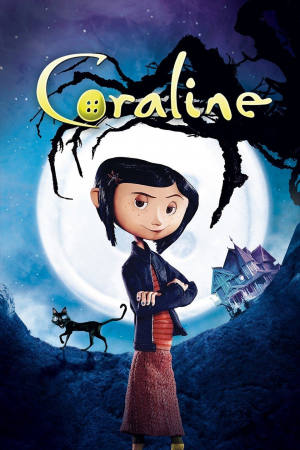 The director of ‘Coraline’ has said that this is a film for the brave children, and that is putting it mildly. This is nightmare fuel for young children, no matter how brave they may be. Kids are exposed to all sorts of horror via videos on the internet they managed to get their little hands-on, but Coraline is unsettling not for grim images but for the story that’s being told. That’s a rare thing to find; lots of spooky movies are good at removing limbs, but few can tell tales that latch onto us on the inside.

Coraline Jones (Dakota Fanning), is not a sweet little girl. Rather she’s troublesome, complains, has an attitude, and doesn’t make friends eagerly. Her parents, though, aren’t any better, always busy and hunched over their computers. Coraline’s parents never listen to her when she talks, and bicker with each other. That is why she impulsively enters a tunnel behind a painted-over door in her new home.

Coraline doesn’t meet sweet and happy-go-lucky animals in the adventure she has made for herself. However, she meets her parent’s doppelgangers with buttons sewn over their eyes. Her ‘Other Mother’ and ‘Other Father’ greet her with a roast chicken and forced happiness. As you can see, they act better than her actual Mother and Father but are they better? All she has to do to stay is sew buttons over her eyes, but will she actually do it? You will just have to watch to find out.

Coraline is rated PG for confined elements, scary images, with some language and suggestive jokes. 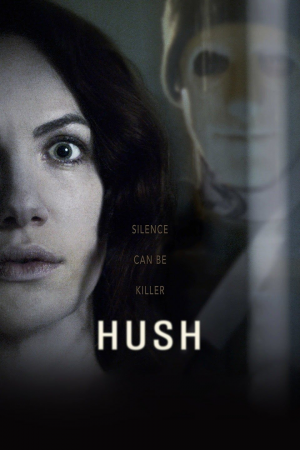 Maddie (Kate Siegel) is a deaf-mute writer, living in a secluded home in the woods, it’s a set-up that short story expert Stephen King would love. The film’s greatest strength begins in the first scene as Maddie cooks dinner: the sound design. We hear the eggs cracking, the onions being sliced, the asparagus sizzling on the stove, and then the sounds fade as we zoom in on her face.

“Hush” works best the less you realize where it’s going, so I won’t ruin anything, yet there are certain gadgets in the finale that felt somewhat modest to me. They’re minor objections for a film that truly works for what it is, regardless of whether it isn’t especially new. In this movie the killer’s motives are vague, so if he’s just a psycho murder, why not have some fun along the way. We watch Horror/Thriller films like “Hush” not to see the wheel remade but rather to see it turn well. This film turns.

Just like many horror films, Hush is rated R because of intense graphic violence and harsh language. 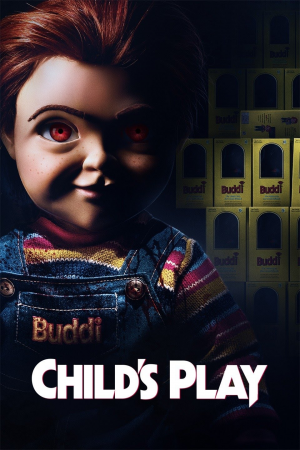 Can someone please tell me what it is about dolls that make them so evil? Why is it that kids in horror films always seem to share an evil secret with their dolls? And why is it that when dolls are sitting on a shelf it seems like their eyes move on their own? I think that when we were young, we all secretly wished our dolls did things while we were asleep or not around. This movie takes that wish and brings it to life in the most horrible way possible.

“Childs Play” is a cheerfully energetic horror film yet more slick and clever than most. This movie is about an evil doll named Charles Lee Ray or “Chucky” that has been possessed by the mind and soul of the LakeShore Strangler, a Chicago murderer who studied voodoo from a black magician. After the Strangler is shot by a cop and left for dead in a toy store, he gathers enough energy to say a voodoo incantation, and you can guess what happens next. One day a widow wants to buy a doll for her son, but the $100 price is just too much. She ends up buying one from a cheap dealer in an alley. No surprise that it is the doll with the Strangler’s spirit inside of it.

“Child’s Play” is better than the average False Alarm movie because it is well-made, contains successful performances, and has succeeded in creating a truly malicious doll. The movie also has an intriguing plot device, which is that nobody, of course, will believe that the doll is alive.

This movie is definitely not a film for younger kids; it’s recommended for students over 17 with adult supervision. This movie is Rated R for adult activity, harsh language, intense graphic violence.