For the athletes at Wakefield and all across the Triangle, the cancellation of many seasons led to many missed opportunities, but previous players encourage them to keep focus on their future. 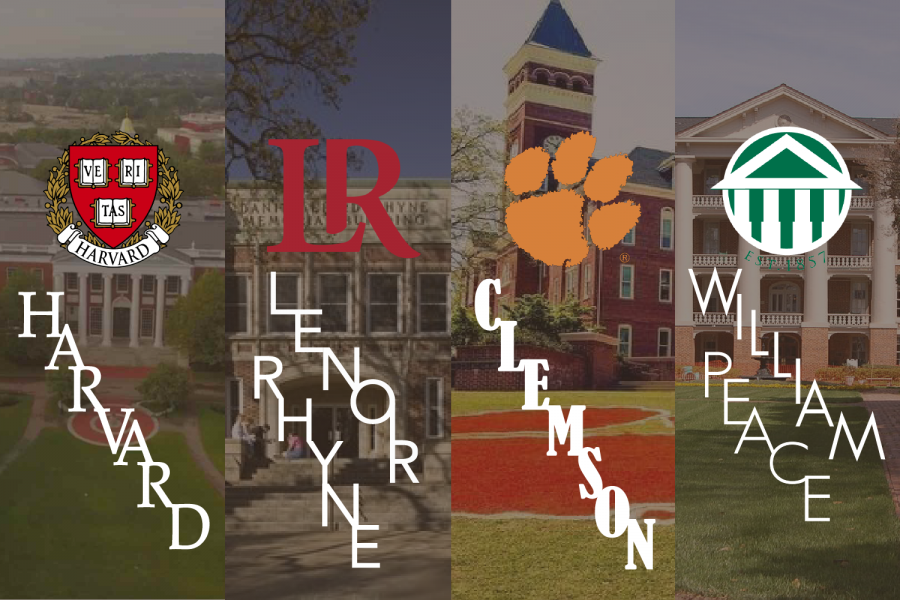 In the wake of the Coronavirus outbreak, one of its common setbacks has been the recent loss of numerous sports conferences and events. This unprecedented global lockdown has cost many student-athletes, especially seniors, the chance to prove themselves in the sports they’re deeply dedicated to. However, four athletes who are former students of Wakefield High School are here to share insight on college sports and how high school experiences affected their roles as players, in light of these trying times.

Among these athletes is Jake Norris, a junior at William Peace University. Hailing from Wakefield’s Class of 2017, Norris has spent each of his years as a Wolverine on the baseball team; he played as the team’s catcher. On the side, Norris also finds himself returning to his roots through mentoring new ballplayers coming up to base at Wakefield. Reflecting on his past at high school, Norris has shared how his goals and lessons from coaches not only helped prepare him for college athletics but also improve his overall sportsmanship.

“When I started out as an athlete at Wakefield, a main goal of mine was to win a conference championship and hopefully compete in the state playoffs,” Norris said. “Neither one was met at Wakefield, but I continued to come back to the practices and games to help the Wakefield baseball players [understand the game better]. Coach Keown, Wright and Law have really helped me in all aspects, but most importantly how to be a leader.”

Yet, that’s not where his learning stopped. Aware of how stark the differences between his performance at Wakefield and his performance at WPU would be, Norris also shared comparisons on how the two differed for seniors who are ready for their collegiate debut.

“The main difference with college and high school sports is that the game comes at you a lot faster,” Norris said. “There’s more of a focus [talent-wise] too. Everybody competes. The work you put in as a college athlete is a whole lot more than high school.”

That being said, two more college athletes faced similar changes as Norris. Class of 2019 graduates Gabby Donaldson and Elijah Shabazz both share their insights on college divisions and how their time at Wakefield affected their outlook as athletes. Donaldson, once a guard for the Lady Wolverine’s basketball team, acknowledges the multiple layers behind becoming a player dedicated to a college team and what that meant to her while playing for Harvard University.

“It demands refined discipline, work ethic, and self-grace,” Donaldson said. “Nothing is handed to you at this level, and you have to work much harder to earn time on the court and to make your teammates better every day. The self-grace piece comes into play when you realize that everything at this level is new, and you have to give yourself time to learn, grow, and adjust.”

As for Shabazz, who currently attends and plays for Lenoir-Rhyne University, the very motion of the game is the first noticeable change for him. In comparison to his time at Wakefield, the pacing is one of the more significant contrasts that he’s found in college.

“The biggest difference from high school to college is the speed of the game; in high school there is no shot clock, so teams can literally play at their own pace and shoot the ball whenever. With a thirty-second shot clock and more athletic players, the college game is at a much faster pace and you have to be in great shape in order to be productive.”

Not only emphasized by Shabazz, but the other students as well, preparation and awareness are key to any athlete. While some facets to this include even harder training and focus, others may stem from something much more rewarding and grounding, like a steady support system similar to what Veronica Fraley, a Class of 2018 graduate, experienced. Now a track and field athlete at Clemson University, Fraley’s relationship with her peers and mentors factored into her success as an athlete, regardless if she was a Wakefield Wolverine or a Clemson Tiger.

“I was very fortunate to have the support system that I had in high school,” Fraley said. “From my coach, mom, and friends to my teachers and others, [they] helped the transition become pretty smooth. The experiences I’ve had because of these people made it possible for me to be as successful as I was, so by the time I graduated I felt more than ready to start the next chapter in my athletic career.”

Like Fraley, Norris also had his own sense of a support system from his coaches. As mentioned previously, one major factor to his role as a solid peer figure had been the wisdom he received from those who came before him and taught Norris how to be a proper player; that way, he too could teach younger athletes and his own teammates how to truly appreciate their sport. From this, he also has his own kernel of truth from his position as a college student.

“Know your job. As Coach Wright would say, “Show up, stay up, keep up.” I learned how to be a leader from them! As for the seniors at Wakefield [who are] looking to go to college and play a sport, I would say to find the perfect fit for you. Go somewhere where you know you’ll play and have that coach you would want to play for. Go somewhere where you will make an impact as soon as you step foot on campus.”

As graduation season rears its head, the Wakefield alumni have their own enlightening messages for senior athletes who look forward to their performance at a university. The first begins with this: Hardship is a given, as it usually is in the world of sports. Fraley, herself, is aware of its impact and pressure on upcoming athletes but regards it as something that can be dissuaded by simply using a piece of mind.

“The main thing I have learned is patience; success doesn’t come all at once and sometimes it takes a while to reach your goals,” Fraley said. “Last year was probably the hardest year I’ve been through, but I definitely learned so much more about myself. In a way, I feel like it was similar to freshman year in high school where I’m looking up to the “big dogs” and just doing everything I can to be on the podium as well. Remember, don’t discourage yourself and don’t let others discourage you either, because reaching a goal and actually seeing yourself at the top is the best feeling in the world.”

Lastly, Donaldson’s message to seniors is a reminder of the importance behind self-assurance and holding out on one’s dreams.

“Starting out as an athlete at Wakefield, I just wanted to be the best that I could be,” Donaldson said. “Greatness takes time. Don’t ever compare your journey to that of others because we all have purposes and a path that is uniquely ours. Run your own race, compete with yourself every day, and be the best you that you can be; nobody can do it better!”

Although the current circumstance of the world is challenging and worrisome, let it be known that the diligence and strength of senior athletes and the underclassmen who play in their footsteps will not be wasted or ignored. After all, the words of their predecessors do prove one thing: where there is adversity, there is also opportunity.