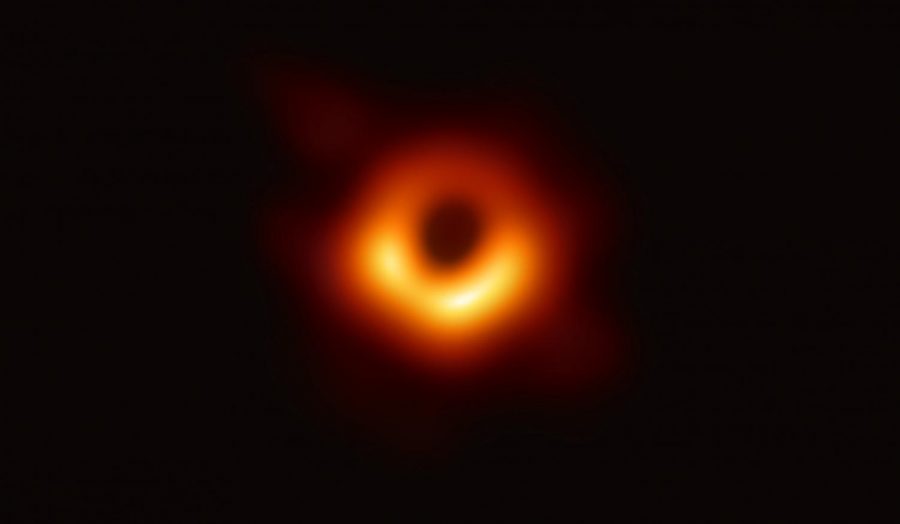 It was official in April: the work of more than 200 scientists, according to National Geographic, had generated the first image of a black hole—an extremely dense object in space from which matter cannot escape. Katie Bouman, MIT computer scientist, led the development of the algorithm that would generate the stunning image, as reported by BBC News. She posted a photo of her reaction to Twitter: before long, Bouman was the face of the project.

At the center of Messier 87—a galaxy located within the Virgo cluster—lies a supermassive black hole (SMBH) with a mass equal to billions of Suns put together. Through the Event Horizon Telescope (EHT) project, an array of radio telescopes from around the world collected and combined data on this black hole, producing results similar to if we had one Earth-sized telescope! The endeavor involved six observatories from various locations: Mexico, Hawaii, Arizona, Chile and Spain.

Bouman’s spectacular image took two decades of work, as said by Wired.com, to conjure up. Millions of theoretical simulations of black holes helped scientists design and orient the telescopes. Bouman compared the undertaking to photographing an orange on the moon. Starting in 2017, four teams worked independently of one another, utilizing different methods to create their final images. The results were very similar, ensuring the accuracy of the final image.

Talk of black holes goes all the way back to 1915, when Albert Einstein published his general theory of relativity, as stated by Science News for Students. Einstein claimed that mass distorted spacetime, which led to the realization that matter could be compressed into infinitely warped regions of space (or could form black holes). By studying these perplexing objects, scientists can see how general relativity holds in extreme situations.

The team behind EHT has even more ambitious plans. Soon, they want to capture the SMBH at the center of our Milky Way galaxy! Stay tuned for Best of 2020…