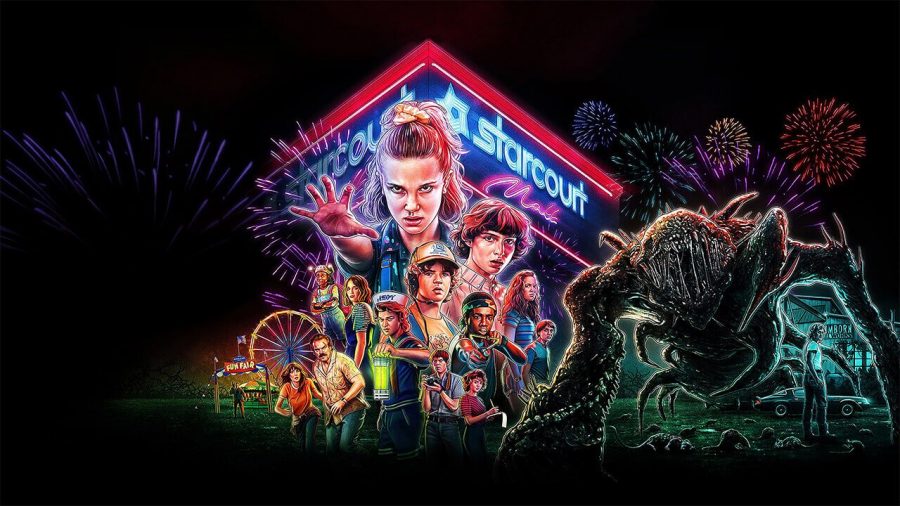 Released back in 2016, the show has since cultivated a loyal following. According to the Netflix Twitter account, when season three dropped July 4 of this year, over 40.7 million household accounts were watching by July 8.

In the small town of Hawkins, Indiana, a group of four friends—Mike, Will, Lucas, and Dustin—find the demons from their Dungeons & Dragons board game lurking in real life. On his way home from Mike’s house one night, Will Byers (Noah Schnapp) goes missing after encountering an invisible ‘Shadow Monster.’ The remaining three boys meet a young girl with telekinetic powers while searching for Will, naming her Eleven or El. She provides the connection between their ‘normal’ world and the Upside Down, an alternate dimension of sorts. Will is eventually rescued, but his connection with the monster lingers.

By season three, the gate to the Upside Down located in Hawkins Lab had been closed (courtesy of El’s awesome powers). Fast forward to 1985: the kids have entered their teenage years, welcoming a new romance narrative between El and Mike.

Perhaps the most important addition this season was the Starcourt Mall, which displaced smaller operations in its locality, referencing the growth of big business. The show covers a few more cultural issues relevant to its time. Underneath the bustling mall, for instance, Russian agents occupy a network of tunnels as they construct a machine to reopen the gate—a nod to the Cold War frenzy among Americans. Even more, Nancy (Mike’s sister) and Jonathan (Will’s brother) score internships at the local newspaper, but Nancy struggles to gain the respect of her male colleagues as she pursues what ends up being their most compelling story yet.

All of our protagonists work together in one final battle to defeat the Shadow Monster: the kids toss fireworks at the monster while Steve (Nancy’s ex-boyfriend) and Robin (Steve’s coworker and partner-in-crime) are put in charge of communication with Dustin, who spectated the event from atop a hill. Jim Hopper (Hawkins Chief of Police and caretaker for El) races to the Russian lab to try to shut down the device, leading to his death—or does he really die?

The Byers family and Eleven pack up their bags, leaving behind the chaos and thrill of Hawkins. Fans are interested to see how the writers, Matt and Ross Duffer, reunite the cast in the next season while incorporating a setting outside of Hawkins for the first time. They’re also wondering whether David Harbour will return as Hopper. In the last scene, a Russian laboratory gave clues to his possible whereabouts as an American prisoner. “Stranger Things” has everyone on the edge of their seats—now we wait eagerly for season four!