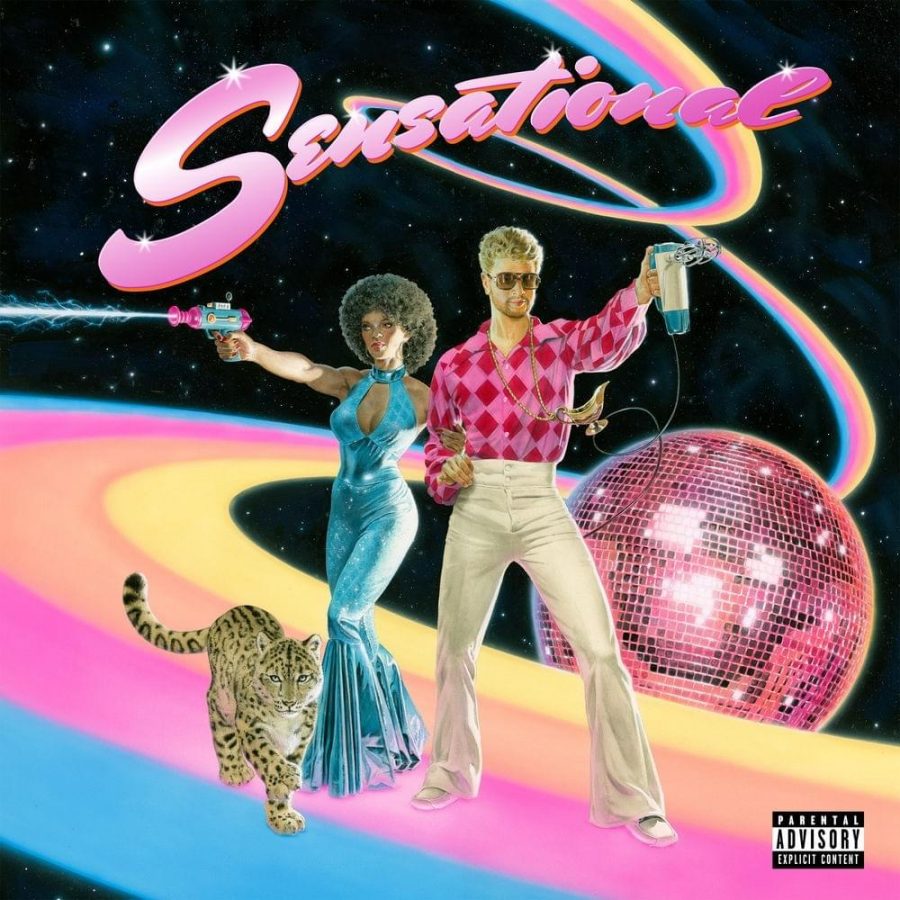 Sensational is by far one of the most entertaining rap albums of the year. Gravy and his producers sample 60s and 70s songs and create backing tracks from them. Most tracks sampled are disco, yacht rock funk. His playful and funny lyrics create a truly interesting album. With guest artists like Mia Gladstone and bbno$ added to the mix, this album has a wonderful variety of rap and vocals. bbno$ has collaborated on two other singles with Yung Gravy in the past.

Though most of his songs are explicit, none of his lyrics are horribly offensive or target any group of people. Gravy does not follow the normal trends of modern rap and does not target women or racial groups. Some of the song titles on “Sensational” include “Gravy for Pope”, “The Boys Are Back In Town” and “Gravy Train”. Each one of Gravy’s albums features old 50s style pin-up art with a pop art twist. Sensational features Gravy and a woman holding futuristic ray guns standing on the ring of a disco ball planet. The cover art ads to the beauty and originality of this piece.

Gravy’s style is different from any modern rapper due to his inclusion of classic songs. He adds his own twist onto already beloved songs. In conclusion, this album is nothing less than “Sensational”.