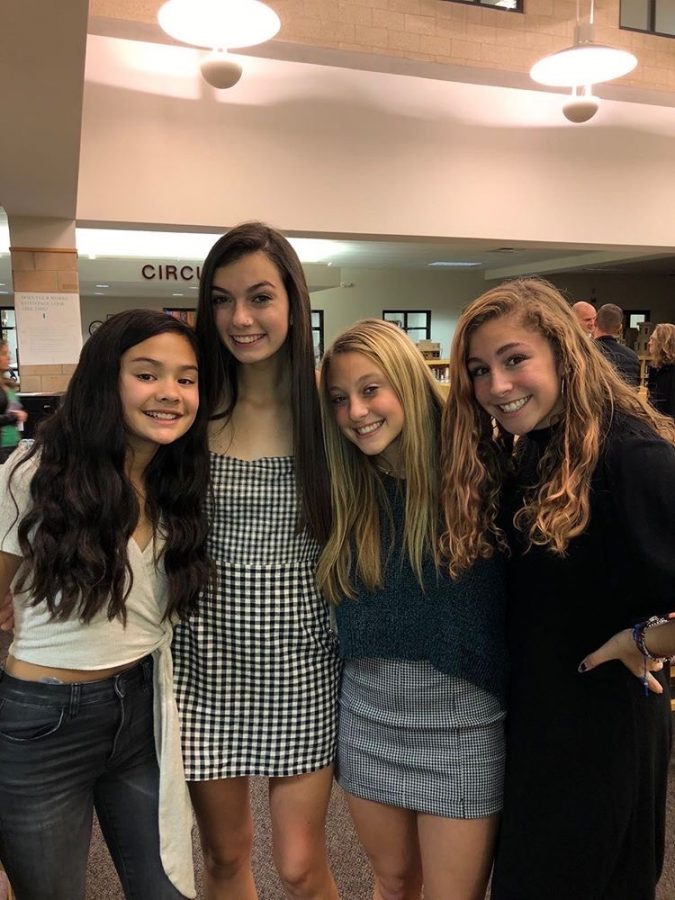 Another great fall sports season ended with the fall sports banquet on Nov. 14.  Our Wolverine student-athletes had an outstanding season across every sport, winning seven athletic awards for both individual and team sports.

This is the first season Joe Turchetti has ever coached cross country.

“This was a phenomenal season for us,” said Turchetti. “All the work we put in early in the season really paid off,”

“I think a big contribution to the team’s success can be attributed to Coach Stewart,”  Julia Scott said, senior on the tennis team. “He took a break but came back and was able to decide what was best for the team and get us back in shape.”

The men’s soccer and football teams both made playoffs for the second year in a row with the soccer team placing third in the conference.

Women’s golf had an amazing season with senior Loti Fox being named the Northern Athletic Conference golf player of the year for the second time in a row, as well as having two players compete at states.

“There’s no worry in my game, I just go out and play and it just so happens that I am playing more consistently this year.” Fox said, “When all the coaches announced that I was the winner [of the NAC award] by just a few a strokes I was beyond excited.”

Our gymnastics team had a standout season, winning the state champions in the balance beam competition.  Our Lady Wolverines on the gymnastic team also placed either second or third in every competition they competed in.

Cross-country also had an outstanding season, with two runners being named all-conference.  Two runners Carson Wright and Kinleigh Erwin both finished in the top five in each race.

“When I see our student-athletes run out on the field or track or whatever sport they are doing, they are representing our school,”  Malik Bazzel, said principal of Wakefield. “ It’s an investment in their community and a commitment to their school.”