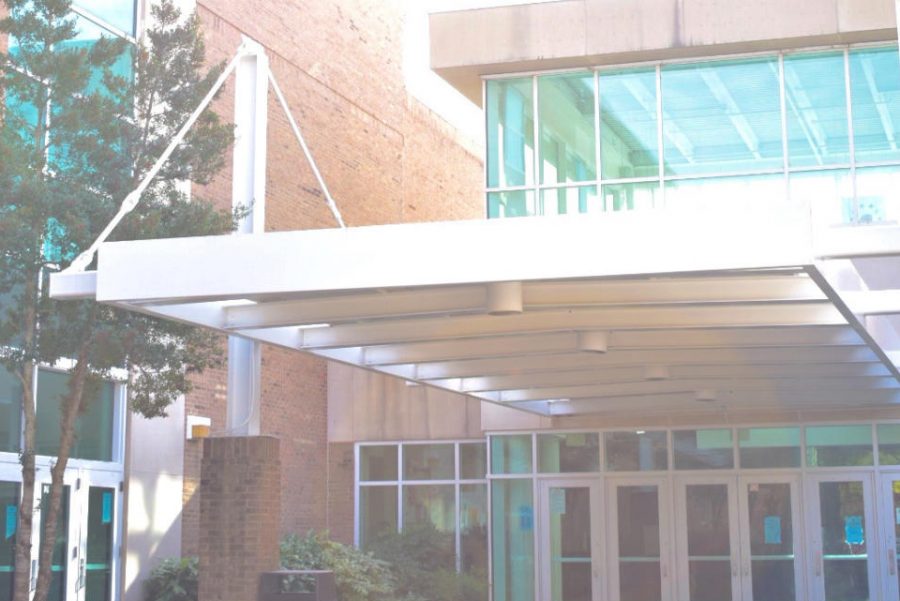 Wakefield High School was established in 2000 and will celebrate its 20th anniversary in 2020.

With 2020 on the horizon, staff and students of Wakefield High School eagerly anticipate the school’s 20th birthday.

The Wakefield building was opened in 1999, but it was inhabited by Sanderson High School students while their school was under renovation. For the school year of 1999-2000, this school was named Sanderson High School at Wakefield. For this reason, Wakefield High is said to be officially established in 2000 instead of a year prior. Anthony Calabria, English teacher, has deemed himself a ‘founding father’ of Wakefield High because he has been teaching there since it opened.

“The first year of Wakefield, in 2000, [is] when we picked the school colors, mascot, council,” Calabria said. “I was the first person [to teach] yearbook.”

In 2000 Wakefield started out with 800 students 9th through 11th grade; there were no seniors yet. There weren’t even enough students to fill the third floor, which was entirely closed for the year. The following year a sprawling neighborhood, Bedford at Falls River, completed construction and North Raleigh residents flooded its picturesque streets. These residents added to Wakefield High’s student population, sparking years of growth and prosperity for the newborn school. Eventually, it grew to require two trailers and the Ninth Grade Center.

The remaining staff members that have worked at Wakefield all 20 years of its existence are passionate about their special connection with the school. Julie Augment has been serving lunch to students at Wakefield since its opening and will conclude her career in June 2020 when she retires.

Stephen Takacs was the first principal of Wakefield, and he retired in 2006. He loved being a high school principal and, after working at a middle school, he was eager to pursue the opportunity to lead Wakefield. As a veteran, Takacs was known to speak in the Vietnam class about his experiences, even after he retired. During the process of starting the school, there were numerous challenges with recruiting enough teachers and staff with enough experience to satisfy the needs of the student body. Takacs was sent on recruitment trips to New York, Kansas and Pennsylvania to find teachers. These challenges, with time, were overcome and Wakefield continued on to be the premier school in Wake County in the following years.

“95 percent of the time, being a principal is fun,” Takacs said.

Calabria, and his Wakefield co-workers from the early 2000s, appreciated Takacs’ heart for the teachers and how much he appreciated them.

“When we won the [basketball] state championship [Takacs] took all the coaches out for steak dinner with limousine rides,” Calabria said. “The comradery was awesome.”

They have witnessed the incredible growth of the student body and Wake County as a whole.

“Now we have Wakefield, Wake Forest, Rolesville, Heritage and Millbrook within five miles of each other,” Calabria said.

The biggest change teachers have noticed over the years is technology. Wakefield still has tube televisions in each classroom, yet teachers prefer their online movie and show subscriptions. None of the teachers have the VCR tapes that are compatible with such aged technology as a box TV.

“I think the [atmosphere] will always be the same; it’s technology that changes,” Calabria said. “With that are changes with the students.”

To keep up with changing times, Wakefield has incorporated two collaborative areas to promote group work, common in today’s workforce. Rather than singular desks that focus on independent thinking, these spaces model the environments that many students will operate under in the near future. Malik Bazzell, Wakefield’s principal since 2015, hopes to prepare teenagers for the lives ahead of them.

“The model that schools operate under is behind the times,” Bazzell said. “We live in a different world where there’s a focus on being collaborative, being creative, communicating and critical thinking.”

To prepare for the future, Wakefield may continue to evolve to become a school where students will be evaluated and taught based on their talents, backgrounds, circumstances and abilities. Wakefield’s leadership has narrowed its focus to the greater good of producing citizens prepared to lead our nation.

“I think with [Bazzell’s] leadership, when [teachers and administrators] start holding each other accountable, we will continue to do well,” Calabria said. “I’ve been here since the beginning and I plan on retiring here, so that tells you this is a great school.”