November's National Novel Writing Month ensures that daily dedication is the way to go for rapid growth...well, for some storytellers, that is 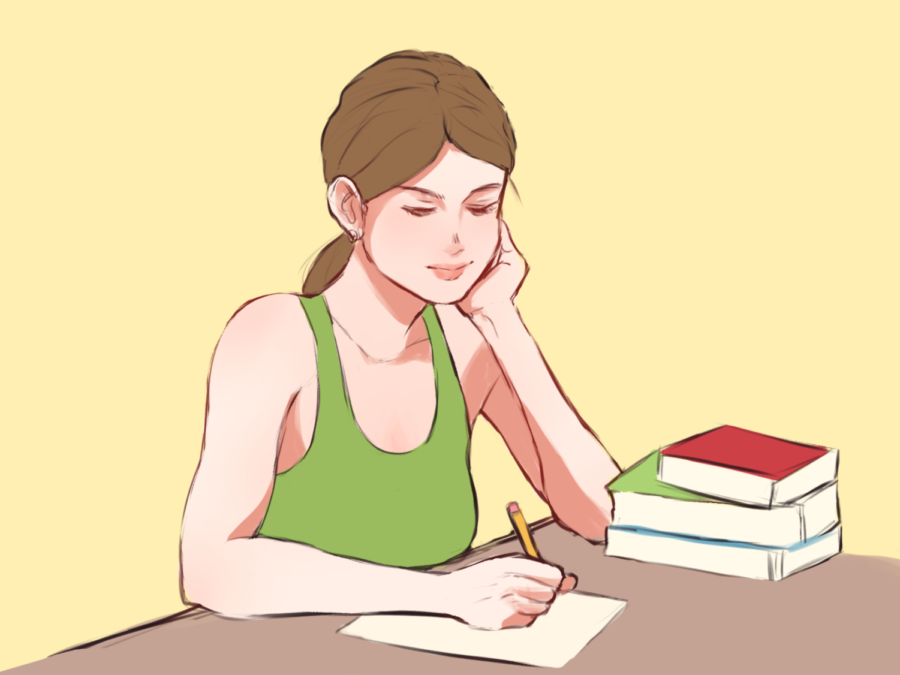 A girl spends time writing down ideas for a story.

Artists have Inktober and Sparkcon, musical maestros have SongFu and Album-A-Day and motion picture professionals have the 48 Hour Film Project and the Sundance Film Festival to anticipate. But what do writers, some of the world’s most complex set of creators, have to look forward to as a means to challenge themselves? There is one elusive name that comes to mind: National Novel-Writing Month, better known as NaNoWriMo.

Every November, fanatics of fiction come together to test their strengths and improve upon their weaknesses throughout the annual event. Acting as both a non-profit organization and an official online project, the primary goal of NaNoWriMo is to write a manuscript with a minimum of 50,000 words from the start of November to its dreaded end. The purpose behind such a challenge is to aid storytellers in their craft, specifically with shaking away the restrictions of inexperience and the infamous writer’s block. Plenty of exceptional bestsellers have come about through NaNoWriMo: “Water For Elephants” by Sara Gruen, “The Night Circus” by Erin Morgenstern, “Fangirl” by Rainbow Rowell, and “Cinder” by Marissa Meyer. It certainly isn’t a walk in the park, but to many, participation is surely worthwhile.

During my first attempt at the challenge, I scrambled to fulfill the harrowing word count. However, as I found myself attempting to join in on such festivities for the third time in a row, I stopped and asked myself this troubling question: “What has NaNoWriMo done to help writers improve?”

With all due respect, NaNoWriMo’s enticing promises laced with doubtless motivation and drive are well-meaning and half-hearted at best. Considering some aspects, this annual challenge acknowledges that not every writer is capable of fulfilling the ultimate goal of crafting a novel within the short expanse of a month. Participants are encouraged to complete as much of their manuscript as they can. They’re also allowed to edit how much they wish to write each day of the event. However, a few welcoming words and a little bit of legroom to do one’s work doesn’t necessarily cut it as solutions to beating a writer’s block. In regards to the practice of creative writing, it takes the grit of overworked cattle, yet the craftsmanship and attention to detail of a true artisan to get into the habit of storytelling.

Writing is a crippling, mind-numbingly thorough process. It is a necessity for an author to know their characters before contemplating a first chapter; experimenting with the characters’ individual roles throughout the story is fine, but that isn’t an excuse to leave their developments half-written. One has to think outside the box when it comes to the story they wish to tell, which is an often disregarded requirement by upstart writers. There needs to be a proper beginning, middle and end with full exploration into the characters’ journey. This is only a fraction of what writers have to face, yet there’s already a sense of extreme pressure and concern when it comes to this exhausting task.

While the aspect of it isn’t completely thoughtless in nature, the idealism behind writing every single day with the promise of rapid growth and succession reaches a fine line between genuine assurance and a resounding lack of common sense. This, of course, doesn’t mean writers shouldn’t at least attempt to follow through with what NaNoWriMo’s mission presents; if anything, the whole purpose of the event should still portray itself with more practicality for those desperate to improve themselves. Trying to force out the writer’s block doesn’t aid the writer whatsoever. Rather, the process of doing so leads to narratives that are either hastily rushed or lazily attended to. My content suffered tremendously for that. From cheap word choice to irrelevant dialogue, anything that I would bring my contributions closer to that 50,000-word goal was enough for me. Mediocrity is never valued within the world of writing, but finding it wasn’t hard if one tried to overexert themselves over a writer’s block.

Those behind NaNoWriMo should focus on putting more emphasis on their other events, such the Young Writers Progam, Camp NaNoWriMo and many of their notable workshops, when it comes to helping their fellow writers achieve proper progress. Growth and the success that comes along with it are assured through time and effort. It’s the author’s duty to work on their creations when they have an open opportunity, but that doesn’t necessarily justify the strains they tend to put on themselves. There are plenty of opportunities for progress found within NaNoWriMo’s secondary projects, but not too many of them are as publicized and acclaimed as the month every writer readies themselves for.

As I sit out on this year’s installment of the event, I do think of what NaNoWriMo does with sincere critique and concern. Yet, I cannot deny that the challenge allowed me to see how far I’ve come as a storyteller. While a few of my old works have been shelved for their overwhelmingly amateur stylings, NaNoWriMo did provide an insight on growth through a more insightful perspective. It keeps old entries on the participant’s account, and the author is perfectly capable of returning to them or comparing to these entries to their newfound projects. Though I have a bittersweet standpoint with NaNoWriMo and its ideals, I can say that it still proves to be an assest in its own polished way. It simply needs to be a little more grounded before it can be a pillar of publication.